The purpose of this course is to review typical stroke lesions of the cerebellum and describe resulting impairments that may be observed during gait. Using a systems approach, the PTA will be instructed how to formulate interventions within their scope of practice and the established plan of care to improve gait impairments. The presentation will utilize a case-based approach to demonstrate and summarize application of the material. This course is directly related to the practice of physical therapy and is therefore appropriate for the PT and PTA. 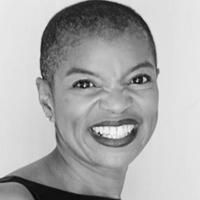 Jennifaye V. Brown, PT, PhD, NCS has a BA-Psychology (Emory University), a MS- Physical Therapy (University of Miami-FL) and a PhD-Exercise Science (University of South Carolina).  Dr. Brown has 27 years of clinical experience focused in neurorehabilitation across the continuum of care and has presented numerous continuing education courses on adult neurologic assessment and treatment intervention for acquired brain injury.  Dr. Brown’s special interests and extensive clinical background include gait analysis and training.  Her approach to effective gait analysis and treatment is to know the lesion site, understand neuroanatomical functions and along with past medical history, environmental, psychosocial and cultural factors, determine prognosis and devise realistic goals reflective of the client and caregiver’s lived experiences.  She is the creative force behind the Stroke Gait Center, which is a collaborative effort to partner with healthcare professionals to fabricate AFOs (specializing in accommodating ladies’ footwear) utilizing 3D printing based on a full spectrum gait-related physical therapy evaluation. Her current research agenda explores the perceptions and opinions of individuals with stroke regarding their experiences with AFO fabrication, modification and maintenance. As an Advanced Credentialed Clinical Instructor by the Clinical Instructor Education Board and a three 10-year term board certified neurologic clinical specialist by the American Board of Physical Therapy Specialties (ABPTS) of the APTA, Dr. Brown has taught at PT and PTA programs in Georgia and South Carolina (SC). She is a member of the APTA, Neurology Section of the APTA, SC Chapter of the APTA, American Heart Association/American Stroke Association, Aerobics & Fitness Association of America, and the Neuro-Developmental Treatment Association.  Dr. Brown is currently an Assistant Clinical Professor at Ohio University in the Physical Therapy Program.

Presenter Disclosure: The presenter received an honorarium for presenting this course