There are 42,000-97,000 health-related mobile apps. There are about 1,000 new apps per month. How do you know what apps can enhance your clinical knowledge? Which apps contain correct content? How do you know if an app is worth purchasing? These are just a few of the questions addressed by this webinar. 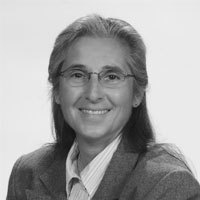 Dawn T. Gulick, PhD, PT, ATC, CSCS, is a Professor of Physical Therapy at Widener University in Chester Pennsylvania.  She has been teaching for > 20 years.  Her areas of expertise are orthopedics, sports medicine, modalities, and medical screening.  As a clinician, she has owned a private orthopedic/sports medicine practice.  She also provides athletic training services from the middle school to elite Olympic/Paralympic level.  As a member of the Olympic Sports Medicine Society, Dr. Gulick has provided medical coverage at numerous national and international events.  As a scholar, Dr. Gulick is the author of 4 books (Ortho Notes, Screening Notes, Sport Notes, Mobilization Notes), 4 book chapters, > 50 peer-reviewed publications, and > 100 professional and civic presentations.  She is the developer of a mobile app called iOrtho+ (Apple, Android, & PC versions).

Presenter Disclosure: Dr. Gulick is the owner/developer of the mobile app iOrtho+ and is on the advisory board of PhysicalTherapy.com. Dr. Gulick also received an honorarium for presenting this course.

Content Disclosure: This course will discuss multiple mobile applications relating to the field of physical therapy.

This course meets the basic criteria of the Maryland Board of Physical Therapy Examiners for 0.2 CEUs.