Mat Herpes and Return to Play

Can you explain what mat herpes is and when it is safe to return to play?

Common characteristics of viral infections for the most part, is they all tend to be highly contagious and most of them will be painful. On the other hand, itching tends to be a common characteristic of most of your fungal infections. There are multiple types of herpes viruses. Herpes simplex 1 is oral herpes, cold sores, fever blisters, and then the one we mainly focus on is herpes gladiatorum, and that is also known as mat herpes, which you see in wrestling. Mat herpes tends to be a three to 10-day incubation period with the so once the athletes are exposed, maybe at a tournament, for example, it'll be three to 10 days before they have an eruption of the herpes virus. The herpes virus, when it's not active, lies dormant in the trigeminal nerve and that's normally, the distribution where you're going to see mat herpes on someone. That includes the cheek, zygomatic area, mandibular area, and around the eyes.

A herpetic infection when it erupts is often confused with folliculitis because the appearance initially is very similar. When someone has an eruption, they usually tend to have a low-grade fever. They'll have some swollen glands typically in the neck area, and then they usually have a fever and the swollen glands. That usually precedes the appearance of the sores or blisters.

In athletes that I've had that have herpes, they usually can feel when it's getting ready to erupt from the skin. They'll feel that sort of tingling sensation in the area that's affected by the virus, and if you have an athlete that has it, it usually comes out in the same spot over and over. it tends to be painful. So they have that tingling sensation for a day or so, and then the next day they come in and it will have erupted through the skin.

Treatment-wise, what we've normally done is valacyclovir 500 mg b.i.d for seven days for the recurrent outbreaks. The primary infections are gonna take a little bit more to knock them down and to make them not as severe (1gr t.id for 7-10 days). We normally put our student-athletes that have herpes on a prophylactic dose that they take daily. It seems to help lessen the number of outbreaks that they have during the season.

In order to return-to-play-wise with herpes, the blisters must be completely dry and covered by a firm adherent crust at the time of competition. There will still be some sign of it obviously on the face, but it needs to be completely dry and a crusted over. They must be on a dosage of the medication for at least 120 hours (5 days) before the competition. Active herpetic infection shall not be covered to allow participation.

So obviously, with herpes, once you've been infected, you continue to have recurrent outbreaks with herpes. It seems to be when someone gets stressed, either physically or mentally, always during exam time here at the university in December during exams. I can almost guarantee that one of the guys would have an outbreak of herpes during the exam time just because of being tired from late-night studying, stressed physically from wrestling practice, and obviously also the mental stress from studying. 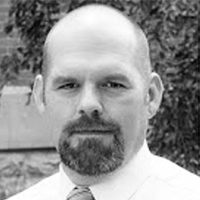 Professor Ryan Musgrave is currently the AT Program Director and the Department Chair of Athletic Training and Health Science at Heidelberg University in Tiffin, Ohio. Before he became the program director in 2017, he served as the Clinical Education Coordinator and the Athletic Trainer for the wrestling team for 16 years. Professor Musgrave attended Wilmington College where he was a double major in Athletic Training and Sports Management. Upon graduating from Wilmington College, he attended Indiana University where he completed his MS in Kinesiology with an emphasis in AT, while also serving as a graduate assistant for the Athletic Department. He recently completed his doctorate at the University of Findlay.

1 https://www.physicaltherapy.com/pt-ceus/course/common-skin-infections-and-conditions-3531 Common Skin Infections and Conditions in Athletics Health-care providers are expected to diagnose and treat a wide variety of injuries, illnesses, and conditions. Skin infections and conditions are often overlooked, this presentation will help healthcare providers identify and manage many different types of skin conditions. This course is directly related to the practice of physical therapy and athletic training and is therefore appropriate for the PT/PTA and AT. auditory, textual, visual

Principles of Strength and Conditioning Applied to Rehabilitation