Keys for Success: Strategies for Working with Teens and Young Adults with Autism Spectrum Disorder

Keys for Success: Strategies for Working with Teens and Young Adults with Autism Spectrum Disorder

Thank you, everyone for joining me today. This is a topic that is near and dear to my heart, so I'm happy to share this information. First, I'd like to start with a self-assessment slide, and have you ask yourselves the following questions, which will be the focus of my presentation:

I thought it important to share a little bit more about my background because I feel like my education and my life work experiences have shaped the way I think about, and work with children with ASD, and with their families. In my early PT career days, I worked primarily in adult neuro rehab, and outpatient orthopedics, and some sports medicine. It ended up that I did have a difficult pregnancy, and I had my son at 27 weeks. He was developmentally delayed and later diagnosed with Autism Spectrum Disorder. He was diagnosed at about 20 months of age.

At that point, my professional and personal life took a very different path than I had anticipated. I started taking continuing education courses about autism, developmental delay, and pediatrics in general. I learned from pediatric therapists and educators. Initially, I was gaining knowledge to help my son. I soon realized that I could also help other families and children with a variety of pediatric disorders and diagnoses, in particular, Autism Spectrum Disorder. I ended up making the change to become a pediatric therapist.

To my surprise, I ended up with a caseload, mostly of early intervention and pre-K aged children with ASD, or identified as “at risk.” There was a pretty big prevalence of ASD in my local community. I've worked with these children over the years. I've followed some of the children on, on and off through various periods of transition and into adulthood. At the same time, I've experienced these periods of transition as a parent of a child with ASD. My son is now 19. It's from this perspective, that I bring you the information today. There is a lot of information that I could share.  Because this is limited to two hours, I've chosen to focus on a few areas that I think are key points related to physical therapy for teens and young adults with ASD on how we can help them successfully transition to adulthood, and ultimately achieve the highest level of participation possible.

Many of you may already have some basic knowledge about ASD and the early signs and clinical presentations of individuals on the spectrum. I will briefly review these definitions and facts to lay the groundwork for this presentation.

According to the CDC (2016), “Autism Spectrum Disorder is a developmental disability that can cause significant social, communication and behavioral challenges.” According to AutismSpeaks (2016), “ASD and autism are both general terms for a group of complex disorders of brain development. These disorders are characterized, in varying degrees, by difficulties in social interaction, verbal and nonverbal communication, and repetitive behaviors.” ASD is an umbrella diagnosis of disorders that was previously broken down into four subtypes. It is helpful to consider the differences between those subtypes because there are some different characteristics, and their presentation is slightly different.

First, we have Autistic Disorder, or what is referred to as “classic” autism. In classic autism, we have significant language delays, social, and communication challenges, unusual behaviors and interests, and these individuals may also have an intellectual disability.

Next, we have Asperger's Syndrome. With Asperger's syndrome, the individuals have more mild symptoms of autistic disorder. They tend to have social challenges and unusual behaviors and interests, but they typically don't have as much difficulty with language. Furthermore, they typically do not have an intellectual disability.

Pervasive Developmental Disorder - Not Otherwise Specified (PDD-NOS) is considered atypical autism, in that it meets some of the criteria for autistic disorder, or Asperger's syndrome, but not all of the criteria. They usually have fewer or milder symptoms than those with the classic autistic disorder or classic autism. The symptoms may cause only social and communication challenges, and not some of other impairments that we're going to talk about today.

Childhood Disintegrative Disorder is also referred to as Heller's Syndrome. This is a rarer condition in which children develop normally, until at least two years of age, but then demonstrate a severe loss of social, communication and other skills. Unlike classic autism or some of the other subtypes, Childhood Disintegrative Disorder presents with severe regression after several years of normal development, and a more dramatic loss of skills than you would see in a child who has a diagnosis of autism.

Children of the late 1990s who were diagnosed with autism are now entering adulthood and the workforce. Currently, there is not enough public awareness, training, and support to handle their sheer numbers. Through efforts of organizations like AutismSpeaks, the public is more aware of autism, and the needs of children with autism. Yet, there is still relatively little awareness, information, and resources for postsecondary options, vocational training, and life skill training, for these individuals as they enter adulthood. There are also fewer resources for supported or assisted living options. Awareness is increasing, but we have a long way to go.

According to the CDC’s ASD monitoring report (2012), they report the following statistics:

Research funded by AutismSpeaks has provided a current estimate of the cost of autism to individuals, families, and society, over the individual's lifetime. The lifetime cost for an individual with ASD averages $2.4 million when their autism involves intellectual disability and $1.4 million when it does not. We know that there is an estimated 40% of individuals who have ASD, who are also diagnosed with an intellectual disability. Based on these numbers, the yearly cost in the United States, for individuals with autism, is estimated at $236 billion a year. The bulk of the costs in childhood are for special education services and lost parental income. But the cost goes well beyond childhood therapy and education in that, during adulthood, the highest costs relate to residential care and lack of employment. Previous research also supported by AutismSpeaks, has shown that adults with autism have greater difficulty finding and maintaining employment than do individuals with any other developmental disability.

Considering the costs of caring for individuals with ASD across the lifespan can help to guide and support the need for services, which can ultimately reduce those costs and improve the quality of life. It also raises the question of why so many adults with ASD are having to transition into residential care. Are we, as a society, failing to provide options and services to help these individuals integrate into their communities, rather than transition into those residential care communities? Can we do a better job assisting and supporting individuals and families as they transition across the lifespan? Can we develop strategies and programs that reduce the need for, and level of care? Can we facilitate improved overall health and wellness? If so, what benefits will be gained by the individual, the family, and society? 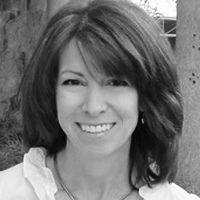 Melissa Tovin has over 25 years of experience in a variety of settings including adult rehab, sports medicine, out-patient orthopedics, pediatrics, and home health. For the past 16 years, she has specialized in pediatrics, practicing in early intervention, school, home, out-patient clinic and community-based settings. Associate Professor at Nova Southeastern University, Dr. Tovin teaches in the DPT, t-DPT and PhD programs. She continues to practice pediatrics in NSU’s out-patient clinic and NSU’s preschool for children with autism related disorders. She is actively engaged in research and community outreach programs serving children, adolescents and young adults with ASD, and serves as a volunteer coach for Special Olympics.

1 https://www.physicaltherapy.com/pt-ceus/course/keys-for-success-strategies-working-2588 Keys For Success: Strategies for Working With Teens and Young Adults With Autism Spectrum Disorders Individuals with ASD often struggle with sensory processing disorder, dyspraxia, overweight and obesity, social-communication impairments, anxiety, and impaired cognition and executive functioning, all of which persist into adulthood and can interfere with independent living, paid employment, quality of life, and community participation. This course will explore current knowledge on the impact of ASD throughout the lifespan, discuss the role of physical therapy in serving this population, and identify resources and strategies to empower patients and families for successful transitions to adulthood. This course is directly related to the practice of physical therapy and is therefore appropriate for the PT and PTA. auditory, textual, visual

Keys For Success: Strategies for Working With Teens and Young Adults With Autism Spectrum Disorders

Meeting the Sensory Needs of Children with Autism Spectrum Disorder (ASD): A Primer for Therapy Professionals

Impact of Motor Learning For The Child With Autism Spectrum Disorder

Tools You Can Use: Enhancing Outcomes Assessment in Children with Cerebral Palsy