This text-based course is an edited transcript of the webinar Dementia Management: Techniques for Staging and Intervention, presented by Kathleen Weissberg, OTD, OTR/L CDP

Cognition is the process of thinking, perceiving, and learning.

These are a few cognitive functions:

Decision-making and spatial orientation can include thinking, reasoning, attention, orientation, problem-solving, or direction-following. You are most likely wondering how this impacts you as a physical therapist or physical therapist assistant. While you may not be doing formal cognitive testing, you still have to do functional cognitive testing. You need a baseline because cognition impacts everything. You may not be doing a formalized evaluation, but I think you still need to know their cognition. I gather information from my colleagues as they test, but I like to know what that person is doing during my functional tasks as well.

Memory is going to impact how we deliver our intervention. It is the ability of the mind of a person to retain learned information, as well as retrieve that information for a certain purpose.

When we look at long-term memory, there are two main categories. Procedural memory is our memory of how to do tasks that we perform frequently. This category resides below the level of conscious awareness. We can automatically retrieve those memories and use them for both cognitive and motor skills. These memories are created by repeating an activity until the neural systems work together to produce that activity. These activities can include tying your shoes, reading, and writing. When we think about individuals who have dementia, their opportunity to learn depends on the stage they are in. If they are in the early or middle stages of dementia, repeating activities may not be occurring in physical therapy as a skilled intervention. It is more likely that nursing is practicing those skills with them.

The other category of long-term memory is declarative memory, which is stored in the hippocampus. This is one of the first areas of the brain to break down. We start to see demyelination as the individual progresses through the stages of dementia. They are the consciously available memories and are mostly factual, such as the meanings of words.

Episodic memories are specific events or experiences. The semantic memories could include the months of the year, holidays, or multiplication tables. However, episodic memories are personal experiences. This could be the memory of your first kiss, the last basketball game you attended, the last meal you ate, or the first time you met your partner. As that person progresses through the stages of dementia, the declarative memory decreases. This is why repetitive practices might allow these individuals to learn. However, when we try to give them durable medical or adaptive equipment, they can have trouble following through because they do not have declarative memory. If a person has used a walker or a cane before, they will still be able to do that but not learn something new.

Here are some factors that go along with normal age-related changes:

We all talk about how we used to be good at remembering things. Our ability to remember things on the spot slows down as we age and the only thing we can do is be conscious of it. We may try to use strategies, such as writing ourselves post-it notes or sending ourselves voice reminders, which is normal. The gray matter volume begins to decrease around the age of 20 with the atrophy. This is most prominent in the prefrontal cortex, which is responsible for our executive functioning, reasoning, and problem-solving. The white matter volume decreases at an even faster rate. Changes occur in the white matter’s structure and function, particularly in the corpus callosum and the hippocampus. This explains the memory changes with normal aging.

We also have increased sensitivity to distractions. If you bring a client into a busy gym, how well are they going to be able to focus? Probably not as well compared to if you had a quieter and fostering type of environment. We also become less efficient at processing new information. Research shows that we start to lose 1 percent of our capacity each year after the age of 30.

Here are some factors that come with normal aging and memory:

True memory loss is not a normal part of the aging process. While it may take a bit longer to learn new information or recall learned information, that is normal. However, memory loss is abnormal. What is preserved as we age is procedural memory, episodic memory, and semantic recall. If you ask a person with dementia about a well-known fact, they may not be able to answer because of declining memory function.

Cognitive Decline in the Elderly

It is also important to remember that this is normal for their age group. Age-associated memory impairment is a label for the general degradation of memory that results from aging. It is a natural process that we also see in animals. Humans start to undergo this process in our 20s, and it gets noticeably worse as we reach our 50s. While some abilities do decline with age, overall memory should stay strong for most people through their 70s and beyond. Episodic memory may become slightly impaired, but procedural memory should stay intact.

Mild cognitive impairment is a more severe memory decline. This is an intermediate stage that occurs between the expected cognitive decline and dementia. It can involve issues with memory, language, thinking, and judgment that are greater than the normal changes. If you have a mild cognitive impairment, you may start to notice that your mental function starts to slip. Your friends and family may notice as well. However, these changes do not usually interfere with daily life. It is often a diagnosis that we give to some of our residents because of subtle changes in cognition, but overall the person remains functional. You may feel stymied when you are called in as a therapist, so work on higher-level aspects related to executive function and reasoning.

Here are some aspects of dementia:

Depending on the area of the brain that is affected, there can be behavioral and personality changes. Remember that the symptoms are caused by changes in brain function. This includes impairment in memory and at least one domain of cognitive function. This can cause impairment in activities of daily living (ADL). It can also affect mobility. Common behaviors include asking the same questions repeatedly and being disoriented. Those abilities are going to be lost at different rates depending on the person.

Dementia refers to impairments in cognitive and intellectual ability, memory, language, reasoning, judgment, and everyday function. An estimated 5 million Americans have dementia, and more than 15 million people provide unpaid caregiving to these individuals. It primarily affects older adults, but it can affect younger individuals as well. Approximately 14 percent of those who are 70 years old or older have dementia.

Dementia is one of the most challenging and costly diseases to treat in the United States. Over $215 billion was spent on dementia care in 2010 and has gone up since then. This includes informal caregivers, such as friends and family, and formal caregiving, which includes long-term care and therapy. There behavioral and psychological symptoms that may come with dementia. The more symptoms there are, the greater the cost of care.

Here are the factors that go into Alzheimer’s disease:

Alzheimer's disease is the most common type of dementia, being diagnosed in 60 to 80 percent of all cases. There is a slow, progressive decline in cognition and function. The most common yet early symptom is remembering new information. During the earlier stages, we start to see apathy and depression. The person starts to not have the spark that they used to have.

We then start to see more communication issues, confusion, and difficulties in speaking and swallowing. There are plaques and tangles in the brain, particularly the parietal lobe and temporal lobe. These tangles are a build-up of excess proteins in the brain that surround and kill different neurons. We also see a decrease in specific neurotransmitters within the brain.

Reports from the National Institute of Aging indicate that the prevalence of the disease doubles every five years once you reach age 65. They say that someone in the United States develops Alzheimer's disease around every 66 seconds. It kills more people than breast cancer and prostate cancer combined. Since 2000, the deaths have increased by 89 percent. It is estimated that one to four family members act as caregivers. The life expectancy is only about four to eight years after diagnosis. This is dependent on where the person is in the diagnosis process.

Here are aspects of frontotemporal lobar degeneration, which is also known as Pick’s disease:

Frontotemporal lobar degeneration impacts individuals between the ages of 50 and 60 and is most common in women. You will see significant changes in behavior and language. Since it affects the frontotemporal lobes, we start to see declines in reasoning, executive function, and emotion. It may resemble something like a head injury, in which the person may be disinhibited. The data shows that it impacts about 50 to 60,000 persons annually. 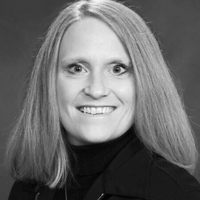 Kathleen Weissberg, OTD, OTR/L, in her 25 years of practice, has worked in adult rehabilitation, primarily in long-term care as a clinician, manager, researcher, and most recently as Education Director with Select Rehabilitation where she oversees continued competency and education for close to 12,000 therapists. In her role, she conducts audits and provides denials management and quality improvement planning training for more than 700 LTC sites nationwide. She also conducts compliance, ethics, and jurisprudence training to therapists.  Kathleen has authored several publications that focus on patient wellness, fall prevention, dementia management, therapy documentation, and coding/billing compliance.