*** Regarding Pennsylvania credits, the Pennsylvania Board of Physical Therapy does not grant credit for topics unrelated to the actual practice of physical therapy/direct patient care such as practice building, office management, billing, marketing, documentation, reimbursement, etc.***Some state boards do not accept courses related to billing, coding, documentation and reimbursement. Please refer to your state's continuing education requirements prior to completing this course. 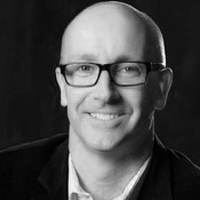 RICK GAWENDA, PT, is a licensed physical therapist with 25 years of experience and currently serves as the founder and President of Gawenda Seminars & Consulting, Inc. He graduated with a Bachelor of Science degree in Physical Therapy from Wayne State University in Detroit, Michigan, in 1991. Mr. Gawenda is also Director of Finance for Kinetix Advanced Physical Therapy, a private practice with offices located in Southern California.

He has provided valuable education and consulting to hospitals, private practices, skilled nursing facilities, and rehabilitation agencies in the areas of CPT coding, ICD-10 coding, billing, documentation compliance, revenue enhancement, practice management, and denial management as they relate to outpatient therapy services. Mr. Gawenda has presented nationally since 2004 and currently presents over 100 dates per year around the United States.

Mr. Gawenda is also the author of “The How-To Manual for Rehab Documentation: A Complete Guide to Increasing Reimbursement and Reducing Denials” and “Coding and Billing For Outpatient Rehab Made Easy: Proper Use of CPT Codes, ICD-9 Codes and Modifiers”.

More
Presenter Disclosure: The presenter received an honorarium to present this course.

This course has been approved by the Maryland State Board of Physical Therapy Examiners for 0.2 CEUs.