Wheelchair Needs for the Client with Huntington's Disease

At what point would you suggest fitting a client with Huntington’s Disease for a wheelchair?

There is a very interesting video made by Dr. Nancy Wexler who was one of the team members that discovered the Huntington’s gene.  They traced the gene back to a place in Venezuela called Lake Maracaibo.  Lake Maracaibo was a water village where nearly 50% of the population had Huntington’s.  The villagers regularly walk across water bridges to get from one hut to another while dealing with chorea and uncontrolled movements.  The research team found that none of the villagers got wet.  The villagers were not falling into the water because they had been walking across water bridges their whole lives.  These bridges were unsteady.  Their brains knew nothing about the chorea; they just learned to adjust and adapt and modify.  If you take someone who has learned to adjust, adapt, and modify in order to walk and then you put them into a wheelchair and do not allow them to walk, their brains stop adjusting and modifying.  At that point, when they want to walk, they will no longer have that ability.

Clients will need the assistance of a wheelchair towards the end stage of the disorder when the movements become debilitating, and the falls become more prevalent.  They are unable to get up and move around; they cannot transfer by themselves.  That is when the wheelchair becomes a mechanism of transport from point A to point B and is a time when a lot of people go into long-term care.

Be careful that when you put a client into a wheelchair that they are not being tied down in any way.  Many times I go into a long-term care facility and see that a person with Huntington’s legs have been tied to the footrests because they are banging their legs against it. This transfers the chorea from their legs to their buttock region.  They end up grinding their buttocks against the back of the chair causing skin breakdown on the sacral region.  If their arms and legs are moving, allow their arms and legs to move.

One of the reasons that chairs are so difficult for these clients is that they cannot stay in a good position.  If they get to the point where they have to be in a wheelchair, you are better off leaving them on a mattress on the floor and let them stay on the floor where they are able to move.  They will get around and will be a lot safer than if you are trying to keep them in a chair and transporting them from point A to point B.  Chairs have a very limited use for these individuals.  They are much better off either walking or being left on a floor and then transferring them with a Hoyer lift to a seat for meals. 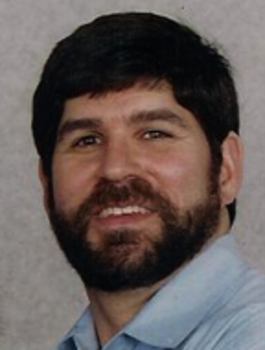 Stuart Blatt, MA. PT, Ph.D, is a physical therapist with 25 years of clinical experience, treating persons with various neurological injuries. Dr. Blatt received his doctoral degree from Michigan State University in the area of Adult Learning, In 2006. Dr. Blatt is currently self employed as a physical therapist in his own company called Therapists on the Move which is a mobile outpatient clinic serving people with progressive neurological diseases (i.e Parkinson’s Huntington’s and MS). He is also the CEO and founder of A.S.C.E.N.D (Always Striving to Create Environments which Normalize Disabilities), a not for profit organization designed to promote clinically based research and a greater understanding of the care of people with progressive neurological diseases, through non traditional programs. Dr. Blatt speaks nationally and within the state of Michigan on the care of person’s with Huntington’s Disease, Parkinson’s Disease and Multiple Sclerosis. Dr. Blatt has taught clinical neurology and patient management classes for six years in the Physical Therapy Department at the University of Michigan-Flint.

5 1109
'Another awesome course from Jill! So informative and evidence based'   Read Reviews
See All
AK/2.0; AL/2.0; AR/2.0; AZ/2.0; BOC/2.0 Category A; CA/2.0; CO/2.0; CT/2.0; DE/2.0; FL/2.0; GA/2.0; HI/2.0; IA/2.0; IACET/0.2; ID/2.0; IL/2.0; IN/2.0; KS/2.0; KY/2.0 Category 2; MA/2.0; MD/0.2; ME/2.0; MI/2.0; MO/2.0; MS/2.0; MT/2.0; NC/2.0; ND/2.0; NE/2.0; NH/2.0; NY/2.0; OR/2.0; PA/2.0; RI/2.0; SC/2.0; SD/2.0; TN/2.0; TX/2.0; UT/2.0; VA/2.0; VT/2.0; WA/2.0; WI/2.0; WY/2.0
View CEUs/Hours Offered
This course will provide an overview of physical rehabilitation for persons with traumatic brain injury (TBI) across the continuum of care. Evidence based interventions for both Occupational Therapy and Physical Therapy will be reviewed, along with information for referral to the most appropriate level of care. This course is directly related to the practice of physical therapy and athletic training and is therefore appropriate for the PT/PTA and AT.
Course Details
4 https://www.physicaltherapy.com/pt-ceus/course/the-science-of-fall-prevention-2825 The Science of Fall Prevention What is the difference between screening and testing? What is the science of imbalance? What are the differences between unsteadiness, imbalance, dizziness, lightheadedness, and vertigo? How do I document to prove my worth, my role, or this patient’s potential? What is the evidence for helping someone improve balance? What is the best method to select the most sensitive and responsive balance test for each patient? What psychological influences could be involved with this person? The answers to these questions and more are in this seminar intended for advanced dizziness management- differential diagnostics and treatment. Expect practical techniques, readily applied to the clinic, incorporating current evidence and revealing future advances in balance and dizziness rehabilitation. This course is directly related to the practice of physical therapy and is therefore appropriate for the PT and PTA. Editor's Note: Regarding Pennsylvania credits, this course is approved by the PA State Board of Physical Therapy for 1 hour of general and 1 hour of Direct Access CE credit. auditory, textual, visual

Series: Physical Therapy Examination and Treatment of the Vestibular System

Editor's Note: Regarding Pennsylvania credits, this course is approved by the PA State Board of Physical Therapy for 2.5 hours of general and 1.5 hours of Direct Access CE credit.
Course Details