Therapist as a Coach in the Neuro Setting

How can a therapist act a coach for a patient with neurobehavioral issues?

Dynamic coaching involves building collaborative relationships by explicitly instructing how to self-regulate in a variety of settings and for a variety of purposes. Self-regulation is the ability to assess, select, act, adapt, and understand how you yourself have input into each of these processes. Mary Kennedy did some work on coaching college students as they deal with executive function difficulties in a college setting. Many of the principles that she established translate into other settings as well (Kennedy, 2017). In Kennedy's college setting, she found that those with higher self-regulation abilities are more likely to graduate and have higher GPAs, compared to those students without effective self-regulation. That is not surprising, but it's always interesting when you do the actual study and it is true. Students with executive function disabilities lack these various self-regulation skills that would improve the likelihood of their success. They lack critical ways of thinking and problem-solving. Self-control and the ability to modulate oneself is vital for success in all domains of life. We're going to take these principles and expand them out to our brain injured population across the age span.

As a coach, your role is to express empathy. You're going to be empathetic to your patient's plight. You're going to develop discrepancy. Assess where you are now, and determine where you are headed (the current status versus the goal). Roll with resistance. In the brain injured population, we are going to be experiencing some resistance. At this point, it is advisable to avoid directly confronting your patient as much as possible. There's sometimes when we want to speak to them directly about what's going on, but in general, we're going to roll with the resistance so that we're not constantly arguing with our patient. You're not going to find a win/win arguing with your patient. Take the resistance and find ways to shape it into the performance that you need. We're going to support self-efficacy or the notion that your patient can achieve the goals that you've set, and indeed your patient wants to do that. We're promoting proficiency.

Four key components when dealing with self-regulation are:

Build a relationship. You need to know more about your patient than his Berg Balance Score and his gait speed. You have got to get into what his intrinsic motivators are. At one point in my own career, I switched from a boss who at acted like she cared about me as a person. She knew my children by name, she knew what activities they were involved in. Later in my career, I switched to a boss who just told me what I was doing wrong all the time. I was actually a top performer for this gentleman, but he neglected to find out why I do the work I do or what would motivate me to try even harder. As a coach, as a therapist, we absolutely have to figure out what drives our patients to want to succeed.

Model and facilitate self-regulation. We have to set goals and make a plan. For PT, look at what behaviors are causing your patient not to meet his goals. Are they not initiating completing their home program? If so, you're going to build goals and supports for achieving them. The goal could be that they need to stand for five minutes, five out of seven days. The starting point is zero days, then allow them to maybe begin with standing for three out of seven days. Set some alarms on their phone. Identify their helper at home. Set up a completion chart. Give them a phone call during the week. Home programs require a number of executive functions and functional behavior or self-regulation to complete. Providing a setting for success and some scaffolding for them to get there can lead to greater independence. As you know, if they're completing their home program, they're also going to get stronger. Supporting your patients through reaching mutually developed goals means using a communication style that is used to strengthen personal motivation for and a commitment to a specific goal by eliciting and exploring the person's own reasons for change within an atmosphere of acceptance and compassion. When we're talking about that relationship, it's mutual respect, but it's also incorporating the language of change within your relationship. You're helping to guide them into having the positive outlook that they can get to a place of change.

Use natural learning and outcomes. To achieve natural learning and outcomes, you want to use real-life situations to bring on the challenges. Utilize settings to allow for quick, routine decisions (e.g., which route should I take to get somewhere), as well as slow, more effortful ones (e.g., should I go to college). Context-based learning in a natural environment enhances the learning of new information. That is supported by research evidence. You must be able to self-evaluate the goal area to some degree to be able to participate in a dynamic coaching situation. For example, someone might be fully aware of their impulse control issue but have no awareness of their tendency to monopolize a conversation. They might not be ready to move into a dynamic coaching mode to address their pragmatic conversational skills, but we can look at their impulse control (Kennedy, 2017).

Teach self-regulation. When you're teaching self-regulation, you're going to look at all the potential goals you could select, and select the ones that are doable for the patient. Look at all those potential strategies that would conceivably work to address the goal, and then select the optimal ones and what your backup plan will be. Help them learn the strategy. Create steps and materials that help them get there. For your action plan, you're initiating the strategy steps, and you're tracking the strategy use. You're going to track their performance to see if they got to what they needed. Again, you can do that in the plan-do-review phase. Finally, you're going to compare their performance to their goal and adjust the goal and/or strategy to apply to other situations. 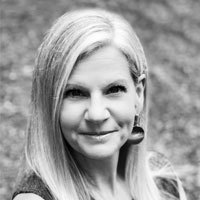 Kelli Broussard, MS, CCC-SLP, received her MS in Speech Pathology from the University of Texas at Dallas. She has 17 years of experience in the treatment of neurogenic communication disorders with a focus on providing functional therapy to improve quality of life.  Kelli currently works in Austin, Texas, in post-acute brain injury rehabilitation in the home and community setting as a speech-language pathologist and clinical coordinator 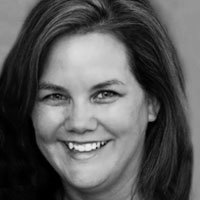 Kelly Ramsey, MS, CCC/SLP, received her MS in Speech Pathology from Baylor University. She has worked as a speech pathologist in rehabilitation settings for over 25 years. As the Executive Director for Rehab Without Walls in Texas, Kelly currently leads a home and community-based rehabilitation program for people with acquired neurological injuries. Additionally, Kelly volunteers her time to the Texas Brain Injury Alliance, serving as a board member and President.

1 https://www.physicaltherapy.com/pt-ceus/course/strategies-for-treating-patients-with-3074 Strategies for Treating Patients With Neurobehavioral Disorders This course will provide an overview of neurobehavioral disorders and their impact on function and community re-entry. The course will provide functional strategies to improve the effectiveness of treatment sessions when working with individuals who have behavioral deficits. This course is directly related to the practice of physical therapy and is therefore appropriate for the PT and PTA. auditory, textual, visual

5 1438
'Information about evidence for which interventions work and which ones may or may not work'   Read Reviews
See All
AK/1.0; AL/1.0; AR/1.0; AZ/1.0; CA/1.0; CO/1.0; CT/1.0; DE/1.0; FL/1.0; GA/1.0; HI/1.0; IA/1.0; IACET/0.1; ID/1.0; IL/1.0; IN/1.0; KS/1.0; KY/1.0 Category 2; MA/1.0; MD/0.1; ME/1.0; MI/1.0; MO/1.0; MS/1.0; MT/1.0; NC/1.0; ND/1.0; NE/1.0; NH/1.0; NY/1.0; OR/1.0; PA/1.0; RI/1.0; SC/1.0; SD/1.0; TN/1.0; TX/1.0; UT/1.0; VA/1.0; VT/1.0; WA/1.0; WI/1.0; WY/1.0
View CEUs/Hours Offered
PTs can apply evidence-based interventions to improve dementia care. This session reviews the etiology of common behaviors. Cognitive-emotion, multi-sensory, animal-assisted, and exercise interventions to reduce agitation are discussed as well as specific strategies for improving task-related engagement. This course is directly related to the practice of physical therapy and is therefore appropriate for the PT and PTA.
Course Details
4 https://www.physicaltherapy.com/pt-ceus/course/physical-rehabilitation-following-traumatic-brain-3080 Physical Rehabilitation Following Traumatic Brain Injury This course will provide an overview of physical rehabilitation for persons with traumatic brain injury (TBI) across the continuum of care. Evidence based interventions for both Occupational Therapy and Physical Therapy will be reviewed, along with information for referral to the most appropriate level of care. This course is directly related to the practice of physical therapy and athletic training and is therefore appropriate for the PT/PTA and AT. auditory, textual, visual

5 1129
'enjoyed the research summaries, as well as info on objective outcome measures'   Read Reviews
See All
AK/2.0; AL/2.0; AR/2.0; AZ/2.0; BOC/2.0 Category A; CA/2.0; CO/2.0; CT/2.0; DE/2.0; FL/2.0; GA/2.0; HI/2.0; IA/2.0; IACET/0.2; ID/2.0; IL/2.0; IN/2.0; KS/2.0; KY/2.0 Category 2; MA/2.0; MD/0.2; ME/2.0; MI/2.0; MO/2.0; MS/2.0; MT/2.0; NC/2.0; ND/2.0; NE/2.0; NH/2.0; NY/2.0; OR/2.0; PA/2.0; RI/2.0; SC/2.0; SD/2.0; TN/2.0; TX/2.0; UT/2.0; VA/2.0; VT/2.0; WA/2.0; WI/2.0; WY/2.0
View CEUs/Hours Offered
This course will provide an overview of physical rehabilitation for persons with traumatic brain injury (TBI) across the continuum of care. Evidence based interventions for both Occupational Therapy and Physical Therapy will be reviewed, along with information for referral to the most appropriate level of care. This course is directly related to the practice of physical therapy and athletic training and is therefore appropriate for the PT/PTA and AT.
Course Details
5 https://www.physicaltherapy.com/pt-ceus/course/the-science-of-fall-prevention-2825 The Science of Fall Prevention What is the difference between screening and testing? What is the science of imbalance? What are the differences between unsteadiness, imbalance, dizziness, lightheadedness, and vertigo? How do I document to prove my worth, my role, or this patient’s potential? What is the evidence for helping someone improve balance? What is the best method to select the most sensitive and responsive balance test for each patient? What psychological influences could be involved with this person? The answers to these questions and more are in this seminar intended for advanced dizziness management- differential diagnostics and treatment. Expect practical techniques, readily applied to the clinic, incorporating current evidence and revealing future advances in balance and dizziness rehabilitation. This course is directly related to the practice of physical therapy and is therefore appropriate for the PT and PTA. Editor's Note: Regarding Pennsylvania credits, this course is approved by the PA State Board of Physical Therapy for 1 hour of general and 1 hour of Direct Access CE credit. auditory, textual, visual

Editor's Note: Regarding Pennsylvania credits, this course is approved by the PA State Board of Physical Therapy for 1 hour of general and 1 hour of Direct Access CE credit.
Course Details