What are some rehabilitation implications with medications taken for Alzheimer's disease (AD) and Parkinson's disease (PD)?

Low blood pressure is the most common side effect of medicines that manipulate neurotransmission for PD and AD. With that, your patient is at risk for orthostatic hypotension, falls or even syncope. This tends to be most problematic in the first hour after giving the medication. If a patient has just taken one of these medications, it's going to be critical for you to monitor their blood pressure. When you are working with a Parkinson's patient, it is helpful to ask them when they last took their Parkinson's medication. If working with a dementia patient, you could ask their caregiver when they last took their medications for dementia. If it was recently, it may be that they are at the peak time of their medication effects, but they're also going to be much more prone to orthostatic hypotension. It's just another reason to be monitoring your patients' vital signs.

Another commonality between PD and AD medicines is that alcoholic beverages and sedatives can augment some of these negative signs and symptoms. It is recommended that alcohol is avoided while taking these medications. Both of these medications, especially the dementia medication, may produce anticholinergic side effects. That includes dry mouth, lack of sweating, and nausea. The lack of sweating could impact their temperature regulation. If you are working your patient harder and they're in a warm room, or it happens to be hot and humid outside, they may not adequately be able to regulate their temperature because of their medication.

One problem with Parkinson's disease medication is the fluctuating signs and symptoms that are dependent on the drug's half-life. Sinemet and Stalevo both have relatively short half-lives, which means that it needs to be administered several times throughout the day. When the patient takes the meds, their medication plasma levels are very high, and then it rapidly drops to very low. When the medication is high, they have good management of their symptoms, but when their medication is low, their symptoms may impact their ability to function. They may have increased rigidity, tremors, and freezing episodes. The challenge for you is to choose the optimal time to do their therapy. You want to be able to treat in both the on- and the off-times so that you can give the patient strategies for dealing with both on- and off-times.

The other potential issue that occurs with chronic use of dopamine replacement medication is levodopa-induced dyskinesias. This is when the patient gets uncontrolled, unplanned, involuntary movement. That's the opposite of what you see with Parkinson's disease. If you think about someone such as Michael J. Fox, he has typical levodopa-induced dyskinesias. This is a result of chronic use of dopamine replacement medications. It can be diminished somewhat by decreasing the medication dosage, but then the patient often has increased signs and symptoms of Parkinson's disease. It's a balancing act between having too much movement with dyskinesias with high medication or increased Parkinson's signs and symptoms with low medication. You will see both. 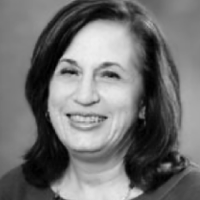 Dr. Rosanne Thomas is Chair and Associate Professor in the Department of Physical Therapy in the School of Health Sciences at Mount St. Joseph University in Cincinnati Ohio.  She received a BS in PT and an advanced MS in neurological physical therapy from Finch University of Health Sciences/The Chicago Medical School as well as a PhD in neuroscience, providing a basic science understanding to neurological PT interventions.  As both a neuroscientist and a physical therapist, Dr. Thomas is uniquely qualified as an educator and a clinician. Her clinical practice and area of expertise resolve around the examination and treatment of patients with neurological dysfunction, including the interaction between pharmacological treatment and physical therapy management.

1 https://www.physicaltherapy.com/pt-ceus/course/pharmacological-management-patient-with-neurological-2748 Pharmacological Management of the Patient With Neurological and/or Central Nervous System Disorders Rehabilitation outcomes can be hindered, enhanced or merely complicated by medically necessary drug treatment. This course will investigate the complexities of pharmacological interaction with physical rehabilitation for patients with neurological and/or central nervous system disorders in order to optimize intervention for both. This course is directly related to the practice of physical therapy and is therefore appropriate for the PT and PTA. auditory, textual, visual

4 534
'BETTER INFO ABOUT SPECIFIC PSYCHOTROPICS'   Read Reviews
See All
AK/2.0; AL/2.0; AR/2.0; AZ/2.0; CA/2.0; CO/2.0; CT/2.0; DE/2.0; FL/2.0; GA/2.0; HI/2.0; IA/2.0; IACET/0.2; ID/2.0; IL/2.0; IN/2.0; KS/2.0; KY/2.0 Category 2; MA/2.0; ME/2.0; MI/2.0; MO/2.0; MS/2.0; MT/2.0; NC/2.0; ND/2.0; NE/2.0; NH/2.0; NY/2.0; OR/2.0; PA/2.0; RI/2.0; SC/2.0; SD/2.0; TN/2.0; TX/2.0; UT/2.0; VA/2.0; VT/2.0; WA/2.0; WI/2.0; WY/2.0
View CEUs/Hours Offered
Concomitant psychiatric diagnoses in patients treated by physical therapy are increasingly common. Rehabilitation outcomes can be hindered, enhanced or merely complicated by medically necessary psychotropic drug treatment. This course will investigate the complexities of pharmacological interaction with physical rehabilitation for patients with psychiatric disorders from mild depression to more complex mental health issues in order to optimize outcomes for both. This course is directly related to the practice of physical and occupational therapy and is therefore appropriate for the PT, PTA, OT and OTA.
Course Details
3 https://www.physicaltherapy.com/pt-ceus/course/integrating-neuro-exam-into-daily-2523 Integrating the Neuro Exam Into Daily Practice This presentation will instruct the seasoned and novice clinician in the purpose and procedure of the Neurological Examination correlating clinical findings with an understanding of specific pathology. It will also teach a functional problem-based approach for efficient and appropriate selection of exam components to verify diagnosis and develop an accurate POC. Some familiarity with the central and peripheral nervous system is helpful. Editor's Note: Regarding Pennsylvania credits, this course is approved by the PA State Board of Physical Therapy for 1 hour of general and 1 hour of Direct Access CE credit. auditory, textual, visual

Editor's Note: Regarding Pennsylvania credits, this course is approved by the PA State Board of Physical Therapy for 1 hour of general and 1 hour of Direct Access CE credit.
Course Details
4 https://www.physicaltherapy.com/pt-ceus/course/put-down-drugs-evidence-based-3072 Put Down the Drugs: Evidence-Based Interventions to Reduce Unwanted Behaviors with Dementia PTs can apply evidence-based interventions to improve dementia care. This session reviews the etiology of common behaviors. Cognitive-emotion, multi-sensory, animal-assisted, and exercise interventions to reduce agitation are discussed as well as specific strategies for improving task-related engagement. This course is directly related to the practice of physical therapy and is therefore appropriate for the PT and PTA. auditory, textual, visual