What are the risk factors and common comorbidities for Pudendal Neuralgia?

Common comorbidities include the following:

We're not really sure if constipation generally comes first and then the pudendal neuralgia develops or the other way around, but it's a very common comorbidity. Sexual dysfunction, pain, and also ejaculatory or erectile dysfunction in those who have penises are also common. Those are the main functions of this nerve and so it makes sense that that would be potential outcomes and something that we might need to work with people on as we're treating them. Difficulty achieving orgasm during sexual intercourse is another one. There is a specific type of pudendal neuralgia that is called persistent genital arousal disorder. It's often abbreviated PGAD. A person with PGAD feels like they're in this state of constant arousal, which when you say that, sometimes people will say, "Oh, that sounds nice," but it's actually really not. It causes irritability and is not a pleasurable thing. Those people with PGAD can be triggered by something as simple as sitting down while wearing a pair of pants.  People can also experience urinary incontinence and then they often have a history of low back pain. Often chronic low back pain existed long before they ever developed the pudendal neuralgia symptoms.

This Ask the Expert is an edited excerpt from the course, Pudendal Neuralgia Evaluation and Treatment presented by Jennifer Stone, PT, DPT, OCS, PHC 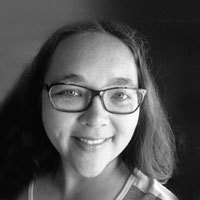 Jennifer Stone is a physical therapist and educator who lives in Columbia, MO. She is the program director for Evidence In Motion’s Pelvic Health Certificate and a member of the Evidence In Motion Faculty Experience team. She treats patients in a hospital-based outpatient clinic, where her caseload is primarily made of pelvic health diagnoses of all types. Jennifer loves combining her knowledge of orthopedics, pain science, and pelvic health and helping others do the same. In her free time, she enjoys spending time with her five children outside, gardening, and knitting lace.

1 https://www.physicaltherapy.com/pt-ceus/course/pelvic-organ-prolapse-and-you-3877 Pelvic Organ Prolapse and You This course provides an overview of types of pelvic organ prolapse, discusses causes of pelvic organ prolapse, and discusses rehabilitative management of both post-operative and non-operative patients with pelvic organ prolapse. This course is best suited for physical therapists who already have some underlying pelvic floor/pelvic health knowledge, but may also be taken by those who do not with the understanding that some additional outside study of anatomy may be needed. This course is directly related to the practice of physical therapy and athletic training and is therefore appropriate for the PT/PTA and AT. Editor's Note: Regarding Pennsylvania credits, this course is approved by the PA State Board of Physical Therapy for 1 hour of general and 1 hour of Direct Access CE credit. auditory, textual, visual

Pelvic Organ Prolapse and You

Editor's Note: Regarding Pennsylvania credits, this course is approved by the PA State Board of Physical Therapy for 1 hour of general and 1 hour of Direct Access CE credit.
Course Details
2 https://www.physicaltherapy.com/pt-ceus/course/aging-adult-and-pelvic-floor-3641 The Aging Adult and the Pelvic Floor: Applications for All Providers This course provides information regarding the impact of aging on the pelvic health of older adults along with practical tips to promote ideal pelvic floor activation and function in this population. This course will have applications both for pelvic health therapists who wish to know more about older adults and geriatric therapists who wish to understand the role of the pelvic floor better. This course is directly related to the practice of physical therapy and is therefore appropriate for the PT/PTA. auditory, textual, visual

The Aging Adult and the Pelvic Floor: Applications for All Providers

The Role of Physical Therapy During the Childbearing Year

Editor's Note: Regarding Pennsylvania credits, this course is approved by the PA State Board of Physical Therapy for .5 hours of general and 1.5 hours of Direct Access CE credit.
Course Details
5 https://www.physicaltherapy.com/pt-ceus/course/pudendal-neuralgia-evaluation-and-treatment-4446 Pudendal Neuralgia Evaluation and Treatment Pudendal neuralgia can create significant pain and disability. This course will cover the etiology of pudendal neuralgia as well as best practices for evaluation and treatment auditory, textual, visual