What are the genetic causes of heterotopic ossification and the related clinical presentation?

Fibrodysplasia Ossificans Progressive is rare. It's a slow, progressive disorder due to genetic mutation for the majority of cases, but autosomal dominant transmission does exist as well.  This disorder presents in childhood. This affects and causes abnormalities in the first toe, digits of the hand, and presents with malformation of the cervical spine.  Progressive, painful flares and heterotrophic lesions limit mobility, range of motion, and function.

If the patient is a child who has an abnormal first toe, what do you think is probably gonna be a clinical presentation or an impairment that you would expect in a child who has additional bone growth or restriction with the first toe? You would expect poor balance or balance impairment, and gait difficulties such as push-off limitations.  This child will show delayed or improper gait mechanics and he or she won't be achieving that milestone anytime in a hurry. Parents will come in with the child stating the child is experiencing falls and difficulty walking. Usually what we hear from the parents is the functional part of it, right? They can't climb stairs. They can't run. They can't jump, they keep falling,

Biopsies should not be performed in a patient with FOP because all this does is stimulate more bone growth (an additional spread of heterotropic lesions). FOP is characterized by progressive ossification of muscle, tendon, aponeuroses, and ligaments.  It's a genetic issue affecting soft tissues. It develops from cranial to caudal (head-to-toe direction) and from axial to appendicular (center of the body out to the limbs).  Eventually, peri-articular and soft tissue ossification becomes so severe that it affects posture, gait, and respiration. Life expectancy is approximately 40 years.

Progressive Osseous Heteroplasia (POH) is a more recently described progressive heterotopic ossification.  POH is an autosomal dominant genetic disorder.  It can be a spontaneous/new mutation in the affected person or could be inherited from the paternal tree. POH has more affinity towards the skin and subcutis. It appears to be mostly intramembranous with some sporadic cases of cartilage involvement.

Radiographs of children with fibrodysplasia ossificans progressiva typically show areas of deep heterotrophic ossification corresponding to a specific skeletal muscle. Radiographs of children with progressive osseous heteroplasia show a “cocoon‐like web” of heterotrophic ossification throughout the layers of the connective tissues (dermis down to the skeletal muscles).

This Ask the Expert is an edited excerpt from the course, Myositis Ossificans: Classification, Pathology, Case Study, and Rehabilitation presented by Rina Pandya, PT, DPT 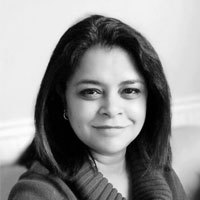 Dr. Rina Pandya, PT, DPT, has an extensive physical therapy career that spans over 20 years, through the UK, the USA, and the Middle East. She has worked in NHS (National Health Service), American health care providing PT services in acute care, in-patient rehab, skilled nursing facility, home healthcare, and outpatient clinic. In addition to being a clinician, she has developed specialty programs based on evidence-based practice in her role as a project manager. She has also managed a Physical Therapy department as Department Head in a premier private hospital in Oman. Currently, Dr. Rina is a senior lecturer of physiotherapy (musculoskeletal physiotherapy) at the University of West England, Bristol, UK, and an author of a pocket book series titled Orthopedic Assessments Made Easy.

Rina graduated from Manipal University, India, in 2000, as well as the University of Michigan, in 2018 with a Doctor of Physical Therapy. Rina is a member of the APTA, HCPC-UK, and OAP-Oman.

1 https://www.physicaltherapy.com/pt-ceus/course/upper-extremity-function-and-stages-4653 Upper Extremity Fractures and Stages of Fracture Healing Based on the latest evidence of fracture healing and complications responsible for impaired healing, this course also includes the classification of fractures, stages of healing, and case studies. auditory, textual, visual

Differential Diagnosis of the Lower Extremity