Compensatory Strategies in the Patient with Ataxia

What are some compensatory strategies that are seen or used in patients with ataxia?

Reduce the number of segments moving.  Reduce the number of segments moving at any given time is a reduction in the degrees of freedom. We can do this in our therapy activities. I've given you some ideas such as working in tall kneeling or half kneeling. For our patients, if they're going to be doing something that's relatively fine motor, they probably should have their arm in a stable position, maybe resting on a table in order to do that. They probably should have their arm out in free space trying to stabilize their shoulder, elbow and then do something with their hand that's more skilled. That's a higher level degree of control that they may not have. We can talk to them about when you wanna write or when you wanna do these things, you probably should support your arm on a surface in order to do that. That's just an example. There are hundreds of those.

Weighting (axial vs limb). The literature supports axial weighting which is the weighting of the trunk as opposed to weighting on the limbs.

Assistive devices. Assistive devices can be really important for these patients.  An assistive device can decrease the degrees of freedom, give them more support, and can help to slow them down.  You may want to think about a device that's a little bit heavier as they are using to decrease degrees of freedom. In the clinic we'll sometimes have patients start out walking, pushing something such as a cart, a shopping cart or some sort of rolling device that we've put a lot of weights on.

Orthotics. You're probably thinking why would they need an orthosis since we discussed there is usually not a strength issue among patients with ataxia. I've had some patients who've responded beautifully when we gave them AFOs, not because they needed it to substitute for strength loss, but because it took away the need to control the foot and ankle, and also contributed to control at the knee. So again, it decreased the degrees of freedom. I've had patients who we placed bilateral AFOs on and made the difference in being able to walk versus not walk. They were able to walk and progress to walking without an assistive device when they took off the devices again, it just couldn't control all of those segments and their walking was pretty terrible. So think about that. Think about trying off the shelf devices that can restrict motion a little bit. They don't restrict much motion in our patients but restricting some motion at the ankle can typically be helpful. Restricting some motion at the wrist in order to be able to focus on finger movements may be helpful when you're working on fine motor tasks. 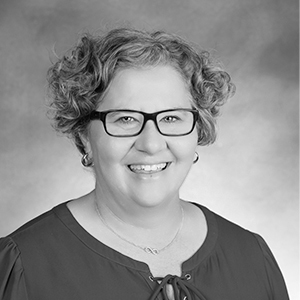 Jill has been a licensed physical therapist for 24 years. She received Board Certification in the area of Neurologic Physical Therapy from the American Physical Therapy Board of Clinical Specialties in 2004 and recertification in 2014. She has practiced almost exclusively in the field of Brain Injury and Stroke rehabilitation.  She has a variety of teaching experiences, in physical therapy academia as well as in the health care community at large. She is currently faculty in the DPT program at South College. In addition, she teaches in several online and onsite continuing education programs across the nation. She has taught and presented in the areas of neurological pathology, rehabilitation, gait, orthotics, mentoring, and research, and is currently involved in clinical research in stroke rehabilitation, orthotic management, and gait analysis/rehabilitation.

1 https://www.physicaltherapy.com/pt-ceus/course/physical-rehabilitation-following-traumatic-brain-3080 Physical Rehabilitation Following Traumatic Brain Injury This course will provide an overview of physical rehabilitation for persons with traumatic brain injury (TBI) across the continuum of care. Evidence based interventions for both Occupational Therapy and Physical Therapy will be reviewed, along with information for referral to the most appropriate level of care. This course is directly related to the practice of physical therapy and athletic training and is therefore appropriate for the PT/PTA and AT. auditory, textual, visual

5 1128
'enjoyed the research summaries, as well as info on objective outcome measures'   Read Reviews
See All
AK/2.0; AL/2.0; AR/2.0; AZ/2.0; BOC/2.0 Category A; CA/2.0; CO/2.0; CT/2.0; DE/2.0; FL/2.0; GA/2.0; HI/2.0; IA/2.0; IACET/0.2; ID/2.0; IL/2.0; IN/2.0; KS/2.0; KY/2.0 Category 2; MA/2.0; MD/0.2; ME/2.0; MI/2.0; MO/2.0; MS/2.0; MT/2.0; NC/2.0; ND/2.0; NE/2.0; NH/2.0; NY/2.0; OR/2.0; PA/2.0; RI/2.0; SC/2.0; SD/2.0; TN/2.0; TX/2.0; UT/2.0; VA/2.0; VT/2.0; WA/2.0; WI/2.0; WY/2.0
View CEUs/Hours Offered
This course will provide an overview of physical rehabilitation for persons with traumatic brain injury (TBI) across the continuum of care. Evidence based interventions for both Occupational Therapy and Physical Therapy will be reviewed, along with information for referral to the most appropriate level of care. This course is directly related to the practice of physical therapy and athletic training and is therefore appropriate for the PT/PTA and AT.
Course Details
2 https://www.physicaltherapy.com/pt-ceus/course/diagnosis-and-treatment-contraversive-pushing-2830 Diagnosis and Treatment of Contraversive Pushing (Pusher Syndrome) This course will provide participants with tools to identify and objectively evaluate those persons with contraversive pushing, as well as an understanding of the impact of pushing on recovery. Practical strategies for managing persons with contraversive pushing, and ameliorating the perceptual dysfunction will be provided. This course is directly related to the practice of physical therapy and is therefore appropriate for the PT and PTA. auditory, textual, visual

Neuro Examination: Back to Basics