What is the clinical impact you see of cranial deformities?

Clinically, there are delayed developmental milestones. There is also a shift of cortical structures.  They have been shown to have lower scores in receptive language and lower scores on the fine motor subscales.  Children with cranial deformities have an elevated risk of auditory processing disorders and an elevated risk of visual field abnormalities.  Delayed psychomotor development is possible.  Asymmetries of facial features with a shift in the mandible occur and often, they've shown an increased prevalence of abnormal dentition.

Infants have shown lower scores on the Bayley exam than their unaffected peers. They have been shown to not be able to roll, sit up, crawl or lift their head at the same time as their peers. They often also have an increased dislike for tummy time. Motor skills were weaker and mostly cranial deformities have become a diagnostic marker for developmental issues. Motor asymmetries with spinal extensors and retractors are common. The therapist needs to be aware of these, treat, and regularly follow up.  Flattening brain structures can affect development such as the cerebellar vermis and the shortening of the corpus callosum. Coordination with early intervention and follow up clinics for speech therapy assessments we have found are very important. We often utilize our cohorts as well to make sure that they at least do an assessment on these babies and they follow up in three, six, nine-month intervals to determine their progress. Again, the Bayley has shown fine motor scores to be lower compared to their peers so it is very important to use a multi-disciplinary or transdisciplinary approach for therapy.  We see increased auditory processing dysfunction and a delay in vision with possible depth perception issues or tracking issues due to the disorder in the development of pathways affected as early as 35 weeks in the NICU. We follow up and coordinate not only with our current neonatologist, but we work very closely with our ophthalmologist who comes in weekly. We continue to follow up on these developing babies. It can lead to further sensory issues as well when they're older. Eyeglasses have shown to be more frequently used in kids with cranial deformations. However, due to their ear asymmetries, often times they have difficulties feeding. There could be different behavior in school-age children such as anxiety or attention deficit disorder or even Attention Deficit Hyperactivity Disorder. Fidgeting or repetitive movements as they get older can be seen too. This can lead to feeding disorders with difficulty chewing when there's a shift in the mandible. TMJ has often been found along with this and a cross bite or underbite demonstrated. 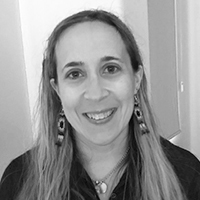 Michele received her Bachelor of Science from Vanderbilt University and then continued to A.T. Still for her Doctor of Physical Therapy.  She is a Certified Neonatal Therapist and obtained her Developmental Specialist Certification.  Michele is a Certified Infant Massage Instructor and has been working in the NICU for 17 years.  Although she loves all of pediatric therapy and is the Supervisor for Pediatric Therapy, her focus is on the NICU as she has expanded two level three NICU’s to include more developmental care and has created a follow-up clinic for those high-risk infants after discharge.   Michele has goals to help further quality improvement and knowledge translation within the NICU and to become more involved in her current associations.  Her passion is to help these infants develop during a stressful time while focusing on transdisciplinary goals for optimal family-centered outcomes.

1 https://www.physicaltherapy.com/pt-ceus/course/positional-head-deformities-in-nicu-3368 Positional Head Deformities in the NICU: Types and Prevention This course will review the types of head shape changes that are frequently encountered in the neonatal population. It will present an interactive way of positioning for the therapist along with the rest of the family-centered care team to prevent positional deformities during an infant's time in the NICU. This course is directly related to the practice of physical therapy and is therefore appropriate for the PT and PTA. auditory, textual, visual

Positional Head Deformities in the NICU: Types and Prevention

The Continuum of Developmental Care from Admit to Discharge: An Overview

Keys For Success: Strategies for Working With Teens and Young Adults With Autism Spectrum Disorders

Impact of Motor Learning For The Child With Autism Spectrum Disorder