Editor’s note: This text-based course is a transcript of the webinar, PTs and Patient Non-Compliance, by Jennifer Flynn, CPHRM, and Lynn Pierce, BSN, RN, CPHRM.

After today's course, participants will be able to:

Healthcare Providers Service Organization (HPSO) and CNA Healthcare (the underwriter for the HPSO program) firmly believe that knowledge is the key to enhancing patient safety and minimizing risk. Our goal is to help physical therapists, physical therapist assistants, and PT practices enhance the quality of their care, not only by making them aware of the risks that they face in daily practice but also by providing risk management information to help mitigate those risks. Throughout the course of today's webinar, we will present some case scenarios to provide real-life examples where patient non-compliance and policy/procedure issues came into play in malpractice lawsuits and licensing board complaints. Hopefully, by the end of the presentation, you'll have a better understanding of the risks and challenges physical therapy professionals face, and that you'll find this a valuable presentation and a resource for dealing with non-compliant patients and policy and procedures.

Before we move on, as a "Malpractice 101" for our audience, I wanted to review some of the key terms that will be referenced throughout the presentation. You may be familiar with these terms, but we will define what they mean from a legal standpoint.

In order for a claim to be considered malpractice, there are four elements that must exist: duty, breach, cause and harm.

While there is a pretty clear definition of malpractice from a legal standpoint, patients don't really know about duty, breach, cause and harm. They often have a broader personal view of what constitutes malpractice. If a patient even perceives that they have been injured as a result of the care that you provide or fail to provide, that person could sue or file a board complaint. By this standard, you can see how even an excellent PT could fail to meet their patient's expectations and become involved themselves in a malpractice lawsuit. As a practitioner, it's up to you to take steps to manage your exposure to risk and therefore to potential liability lawsuits. In other words, proper and consistent risk management habits help in this area.

Now that we've gone over some housekeeping items, let's review our first case scenario. While you are listening to the details of this case, put on your risk management hat and think about any red flags that you see.

A 45-year-old female suffered a fall at work. Immediately after the fall, she was taken to the emergency department (ED). The ED practitioner diagnosed her with a grade three lateral right ankle sprain injury and referred her to an orthopedic practitioner. While at the orthopedic practitioner, she was fitted for a CAM boot and he instructed her to be non-weight bearing until she returned for her follow-up appointment in three weeks. The practitioner prescribed the patient some pain medication as well as physical therapy.

Two days after her orthopedic appointment, the patient was seen by our insured physical therapist for her initial therapy assessment. The PT, who was also a co-defendant, noted the patient was wearing a controlled ankle movement (CAM) walker boot. The patient reported being relatively healthy without any chronic or acute illnesses. She did admit to smoking a pack a day of cigarettes for the past 30 years and had recently begun taking oral contraceptive medications to treat abnormal premenopausal menstrual bleeding. The patient complained of right pain, so the PT performed a Pratt Test to the right calf which was negative for increased symptoms. The PT indicated that the pain could be from walking in the boot, and the patient agreed because she felt like she had pulled a muscle. The insured documented that the patient was going on a cruise in the near future and her goal was to ambulate without a walking cast or walking boot for the cruise. She did not note the calf pain or negative Pratt Test results in the patient's healthcare record.

On the first day of physical therapy, the patient complained of continued right calf pain. However, she had used her foot during therapy. The PT continued to believe the walking boot was the likely cause of the patient's calf pain. The insured examined the patient's calf and it did not exhibit any clinical signs of a deep vein thrombosis (DVT). Moreover, she could not elicit any pain upon performing a Pratt Test. PT again failed to document the examination of the patient and the assessment of the calf.

On the second day of therapy, the PT was concerned about the patient's presentation and the comments the patient had made in the waiting room. The patient informed the PT that she had taken off her boot while at work and she had ambulated most of the day without any support, in order to "try to speed up her recovery". During the short walk back to the exercise room, the patient became short of breath and had to stop and rest. The patient mentioned to the PT, "I don't know what's wrong with me today. I feel so tired." The PT again assessed the patient's right calf area and found that it was softer than it had been the prior two weeks. PT performed the Pratt Test again and it did not elicit any signs of pain while doing it.

As a result of the negative clinical evaluation, the insured continued with the patient's physical therapy. During the session, the patient performed three active range of motion exercises using her ankle. There were two exercises where she's grasping marbles with her toes and ambulating upstairs. That one she was unable to perform. Upon completion of the therapy, the patient again became out of breath during the walk back to the waiting room. While in the waiting room, the insured explained to the patient that she was very concerned about her condition and felt that she needed to be examined by a practitioner prior to going on her cruise. The patient responded that there was really no reason for her to go to her doctor, as they've never listened to her anyway. However, the physical therapist insisted that she be seen by a physician because she was concerned about her shortness of breath, the fatigue and the complaints of calf pain. Although the PT had this conversation with the patient, she failed to document her recommendations and the patient's response in the patient healthcare record. The only conversation documented in the patient's healthcare record was, "The patient stated she will be on a cruise for 14 days and would return to therapy after her vacation." Unfortunately, two days later, the patient was found dead in her home. An autopsy revealed her cause of death to be acute pulmonary thromboembolism with deep vein thrombosis of the right leg and a history of right ankle sprain. Six months after the death, both the PT and the physical therapy business owner received a pre-suit notice with the intent to sue from the patient's son. 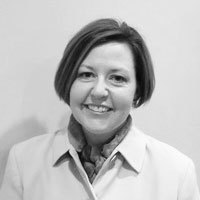 Lynn Pierce, RN, BSN, CPHRM, is a risk control consultant for CNA. Prior to joining CNA, she worked in such clinical settings as emergency, surgical and critical care, and cardiac and orthopedic rehabilitation services. She has served as a director of risk management in acute care hospitals and integrated health care systems and has held leadership positions in risk management, quality, HIPAA privacy, environmental and patient safety, case management, corporate compliance, Workers’ Compensation and infection prevention. She earned her BSN from the University of West Georgia in Carrollton, Georgia and is currently pursuing a MSN-FNP with an expected graduation of Fall 2019. 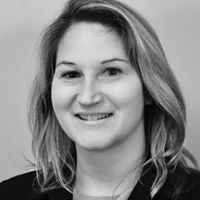 Jennifer Flynn, CPHRM, is Vice President and Risk Manager for Healthcare Providers Service Organization in the Healthcare Division of Aon’s Affinity Insurance Services, Inc. Specializing in risk management and having worked in the health care insurance business for over 21 years, Jennifer is dedicated to educating health care professionals on professional liability risks and offers strategies to mitigate those risks by supporting patient safety principles and developing quality management programs.  In addition to being a frequent national speaker on healthcare risk and liability, Jennifer is also a published author on various risk management topics. Jennifer is a Certified Professional in Healthcare Risk Management and is a licensed Property & Casualty agent. She earned a BA in Psychology from Arcadia University in Glenside, Pennsylvania.

1 https://www.physicaltherapy.com/pt-ceus/course/pts-and-patient-non-compliance-2973 PTs and Patient Non-Compliance Patient noncompliance can come in many forms: unwillingness to follow a course of therapy, repeated missed appointments, rejecting treatment recommendations, reluctance to take medications, refusal to provide information or chronic late payments. If left unchecked, such conduct may result in litigation. The objective of this presentation is to enable Physical Therapists with strategies to not only recognize these patient behaviors but also take steps to reduce the likelihood of malpractice claims. Using selected claim scenarios, PTs and PTAs can examine their own current risk control practices in relation to the claims and losses experienced by their peers. auditory, textual, visual

4 1014
1014 Reviews
See All
AK/2.0; AL/2.0; AR/2.0; AZ/2.0; CA/2.0; CO/2.0; CT/2.0; DE/2.0; FL/2.0; GA/2.0; HI/2.0; IA/2.0; IACET/0.2; ID/2.0; IL/2.0; IN/2.0; KS/2.0; KY/2.0 Category 2; MA/2.0; ME/2.0; MI/2.0; MO/2.0; MS/2.0; MT/2.0; NC/2.0; ND/2.0; NE/2.0; NH/2.0; NY/2.0; OK/2.0; OR/2.0; PA/2.0; RI/2.0; SC/2.0; SD/2.0; TN/2.0; TX/2.0; UT/2.0; VA/2.0; VT/2.0; WA/2.0; WI/2.0; WY/2.0
View CEUs/Hours Offered
Patient noncompliance can come in many forms: unwillingness to follow a course of therapy, repeated missed appointments, rejecting treatment recommendations, reluctance to take medications, refusal to provide information or chronic late payments. If left unchecked, such conduct may result in litigation. The objective of this presentation is to enable Physical Therapists with strategies to not only recognize these patient behaviors but also take steps to reduce the likelihood of malpractice claims. Using selected claim scenarios, PTs and PTAs can examine their own current risk control practices in relation to the claims and losses experienced by their peers.
Course Details
2 https://www.physicaltherapy.com/pt-ceus/course/using-malpractice-claims-data-to-4347 Using Malpractice Claims Data to Identify Risks in PT Practice HPSO and CNA’s liability claim report, Physical Therapy Liability Claim Report: 4th Edition, addresses top areas of physical therapy professionals’ most common professional liability concerns, including emerging risks and ways that PTs can protect themselves from liability exposures. Using case studies and claim data, PTs can examine top areas of liability through the experiences of your peers. Most importantly, this session provides you with immediately implementable practices that you can use to help prevent or defend against malpractice allegations, while also enhancing patient safety. This course is directly related to the practice of physical therapy and is therefore appropriate for the PT/PTA. auditory, textual, visual

Tele-Rehabilitation: Demystifying the Use of Technology to Deliver Physical Therapy