Dimensions of Ethics in Home Health

Generally defined, ethics is a systematic reflection on, and analysis of, morality. This definition can be applied to many different areas of practice (medicine, law, business, etc.). Regardless of the discipline, ethics requires the analysis of the circumstances surrounding a particular event and the kind of morality involved in that situation or event. Morality is the standard of right and wrong conduct as defined by one’s society. What I call morality here in the United States, may not be the morality that exists in the United Kingdom. Ethics doesn’t just refer to clinical practice ethics or medical ethics where we focus on compassionate care.  Ethics can also refer to organizational ethics which includes our professional behaviors. Medical ethics extends to the duties and the responsibilities in both social and political realms, to deal with issues in public health as it occurs in our own society.

A deontological approach takes into consideration the best way to carry out the duties expected to fulfill one’s obligation. Deontological ethics is based on what is the best possible scenario; not just the outcome alone, but what is the best thing that can be done in a particular situation. Deontological ethics is means-driven; it is focused on duty and the actions that you take to carry out your duty. In order for you to carry out your duty, you have to respect the person that you’re dealing with – their rights, their dignity and their autonomy in making their own decisions. Deontological ethics’ primary focus, and the responsibility of the healthcare provider, is to the patient or the client. Deontological ethics views an action to be right if it is done in accordance to the expectem, or a principle or moral duty. That means people should never be treated as a means to an end; they should be treated as an end in themselves.

On the other hand, there is the teleological approach. In other words, “the end (or the outcome) justifies the means.” It doesn’t matter how I get there; it doesn’t matter how I get the patients to arrive at the outcome that we’re expecting. What matters is that we achieved the desired outcome; we reached our goal. In teleological ethics, the right and wrong is based on what is best for the general good. That is why you see our policy makers and our administrators or managers focused on a more teleological approach, which some people also call the utilitarian approach in healthcare. How can we get the best thing for the largest number of people? The emphasis is on utilizing and maximizing resources for the greatest number of healthcare consumers. Teleological approach also focuses on the consequences. You may hear the terms teleological, consequentialism, and utilitarian used interchangeably.

Another dimension in home care, besides those two major approaches, is how we decide what is right. What is right for you, may not be right for me. That falls under the ethics of moral relativism. Moral relativism is the position that moral or ethical propositions do not reflect objective and/or universal moral truths, but instead make claims relative to social, cultural, historical or personal circumstances. It is relative to the traditions that I follow, to my convictions and to the practices of my culture. It is not absolute. How I judge a situation, how I make my judgment, depends on my background, my professional PT culture, and the guidelines I’m following. It depends on what the employee protocols tell me to do.

Moral relativism says that I can only judge something as true or false based on my convictions. Multi-culturalism is the body of thought in political philosophy about the proper way to respond to culture and religious diversity. The proper way you respond is based on the cultural and the religious diversity of the practice setting in which you are, of the environment in which you exist.

Multi-culturalism is not a mere toleration of group differences. It is said to fall short of treating members of minority groups as equal citizens. You’re recognizing and giving them positive accommodation because of the differences that they may have within your group. In other words, something that you don’t perceive as a big deal may be a big deal to some people. You don’t see it as a big deal because the larger society in which you exist and share the same world view, doesn’t see it as a big deal. However, there is this small proportion of people that don’t feel the way you feel. Multi-culturalism says how exactly do I recognize those people and make sure that I don’t look down on them, and give them positive accommodation.

As physical therapists, how do and ethics and law relate to us in our practice? Whereas ethics deals with more personal, individualized set of values, the law is a binding statement of duty for all of us. Ethics is a statement of our personal values and how we have evolved. Law is what we have decided as a society are the rules we are going to abide by.

As an American society, we uphold that people have rights. We believe success occurs at the level of the individual. The government strives to protect the rights of the individual. In the realm of healthcare, patients also have rights which must be protected. As such, the government enacted the Patient Self-Determination Act of 1990 (PSDA). The purpose of the Patient Self-Determination Act is to inform patients of their rights regarding decisions toward their own medical care, and ensure that these rights are communicated by the health care provider. In other words, the intent of PSDA was to encourage everyone to think about what kind of treatment we would want to receive if we became incompetent. Experts define competency as the mental ability and cognitive capability to execute a legally recognized act in a rationale manner. If we ever were to become incapable of making that decision for ourselves, to what extent would we want medical care to be administered? In order to protect our rights, and ensure that our wishes are honored in the event that we become incapacitated, it is prudent to create some sort of document to specifically outline our decisions (e.g., a living will, a durable power of attorney, etc.). Such documents are also known as an advance directive. In order for people to exercise that right, the PSDA requires all healthcare agencies (including home health agencies) to recognize the directives that the patient may have created. It mandates that, especially if you are getting paid by Medicare and Medicaid, you must ask the patient about their advance directives. If a patient does not have written documents already established, the agency or healthcare provider must be given information about their rights. That’s one of the relationships between ethics and law. 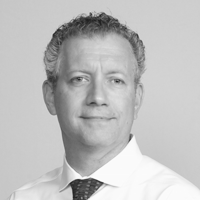 Dr. Kenneth L. Miller is a physical therapist and educator with more than 20 years of experience working with older adults in the home and inpatient rehab settings, as well as more than 7 years in adjunct faculty roles for Touro College and the University of St. Augustine. He is a board certified geriatric clinical specialist, certified exercise expert for aging adults and certified clinical instructor. Dr Miller is a clinical educator at Catholic Home Care in New York and active in the Academy of Geriatric Physical Therapy and Home Health Section of the APTA. He chairs the APTA's Home Health Section Practice Committee and is a member of the editorial boards of Topics in Geriatric Rehabilitation, GeriNotes, and is a manuscript reviewer for the Journal of Geriatric Physical Therapy. 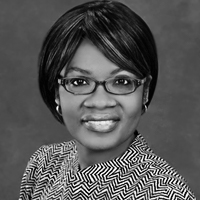 Olaide Sangoseni PT, PhD, DPT, MSc, GCS is an assistant professor of physical therapy at Maryville University of St. Louis. She teaches professional issues and practice management courses in addition to core exercise science courses. She is a co-owner of a multispecialty clinical practice in the St Louis area. She has been a physical therapist for 25 years holding various clinical and management positions in various practice settings, including part-time home health for the last 20 years. Dr. Sangoseni is a regular presenter at the Combined Sections Meeting of the American Physical Therapy Association and other national and international conferences on manual therapy, geriatrics, and evidence-based practice. She is an APTA credentialed clinical instructor. Her areas of interest include advocacy, manual therapy, evidence-based practice and research with a special focus on active aging issues.

1 https://www.physicaltherapy.com/pt-ceus/course/ethics-providing-culturally-competent-home-2469 Ethics of Providing Culturally Competent Home Health Care Evidence-based person-centered care requires today’s health care practitioner to be culturally responsive as our society becomes more culturally diverse. This course will provide home health care providers with an ethical framework and necessary tools to effectively communicate, educate and motivate the patient/client to change health behaviors in order to optimize the outcomes. This course is directly related to the practice of physical therapy and is appropriate for the PT and PTA. This course is open captioned. auditory, textual, visual

Wound Management in the Home