In order to improve our website, PhysicalTherapy.com will be undergoing scheduled maintenance on 09/29/2020 from 1:00am ET until 2:00am ET. During this period, the site will be unavailable. We apologize for any inconvenience. Questions? Contact Us

In this course you will explore the anatomy and patho-biomechanics of wrist instability and its classification systems. Evidence-based clinical assessments will be presented, and current treatments will be discussed. 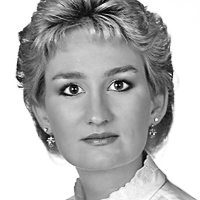 Dr. Ellie Pong practices outpatient occupational therapy and physical therapy in Milton, Florida. She received her Bachelor of Arts degree in Journalism, English and Art from Louisiana College, and her Master of Occupational Therapy and Doctorate of Physical Therapy from the University of St. Augustine for Health Sciences. She served in the US Navy as a Data Systems Technician, and has worked in a number of capacities including newspaper photographer and graphic artist before joining this profession. Dr. Pong is a writer in this profession for textbooks and other projects. Dr. Pong currently specializes in consultation neurological evaluations, treatment of patients with arthrofibrosis, provision of in-office guidance of botulinium injections for patients with hypertonic muscle pathologies, and services during intrathecal Baclofen pump trials. She is participating in a worldwide clinical trial that is testing a new medication on boys with Duchenne's muscular dystrophy as well as a clinical trial testing a new Botox on children with cerebral palsy. She expects to complete a doctorate in Education within the next two years.

Sponsor Disclosure: This course is presented on OccupationalTherapy.com.

Login and logout times will be recorded and documented.
Passing an online exam will be required to earn continuing education credit.

To participate in the course, complete the exam, and earn continuing education credit, you must be a PhysicalTherapy.com member. Participants must complete the entire course; partial credit is not allowed.

This course is offered for 1.5 hours (Advanced level) by the Illinois Department of Professional Regulation (Sponsor License #216000252).