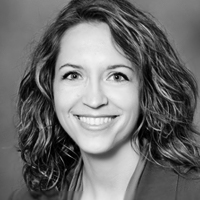 Amy received a bachelor of science and a master of physical therapy degree from Ohio University. She received a doctor of physical therapy degree and doctor of health science degree from the University of Indianapolis. Amy is an assistant professor in the physical therapy program at University of Findlay. She has been a school-based PT for 18 years, promoting physical activity embedded into academics and inter-professional collaboration while closely working with educators, administrators, therapists and parents. Her research on pediatric health promotion was published in Pediatric Physical Therapy. She published an activity book “Recycle Bin Boogie: Move and Learn with Recyclables,” which combines movement and learning with common household recyclables.  Her YouTube channel offers simple, DIY, low cost, movement and learning strategies for school and at home.  Amy has conducted presentations in various states and nationally for educators and therapists, where her energy and presentation style engages, energizes and empowers attendees!

More
Presenter Disclosure: The presenter received a honorarium for presenting this course