As advances in medical care continue to increase the survival of premature infants and infants, more women with chronic physical disabilities such as cerebral palsy and spina bifida are reaching their reproductive years. These women face unique challenges including access to reproductive health care, decreased mobility, and obstacles in caring for their infants. This course will explore the basic physical therapist management of women with chronic physical disability who are pregnant or parenting. This course is directly related to the practice of physical therapy and is therefore appropriate for the PT and PTA.

Editor's Note: Regarding Pennsylvania credits, this course is approved by the PA State Board of Physical Therapy for 2 hours of general credit from 3/13/2017-12/31/2018. 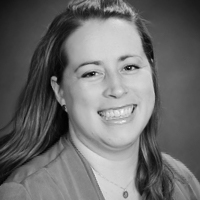 Susan Smith comes to the University of the Incarnate Word from Greenwood, Mississippi where she had been a practicing clinician for over seven years. Originally from Las Vegas, NV, Susan earned her Bachelor of Science in Health Sciences at the University of Nevada, Reno in 2000 and graduated from Creighton University in 2004 with a Doctor of Physical Therapy degree. In 2010 Susan became a Certified Pediatric  Clinical Specialist. She taught Anatomy and Physiology at Mississippi Delta Community College from 2005-2011. Her areas of interest include infant powered mobility, physical activity for children and adults with developmental disabilities and medical outreach. 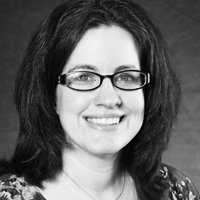 Amy Wagner, PT, DPT, GCS is an Assistant Professor of Physical Therapy at University of the Incarnate Word. She has 15 years of experience as a licensed Physical Therapist, with most of them in geriatric settings such as skilled nursing, assisted living, independent living, home health, outpatient clinics, and wellness/prevention. After receiving a BS in Math from UC Santa Barbara, she received an MPT and DPT from Azusa Pacific University, as well as a certificate in Women's Health Physical Therapy from Texas Woman's University. Practice and research interests include women’s health issues across the lifespan, Parkinson’s Disease, successful aging in place, wellness, physical activity in older adults, and fall prevention.

More
Presenter Disclosure: The presenters received an honorarium to present this course

PhysicalTherapy.com is approved to report to CE Broker for PTs and PTAs licensed in the states of FL, GA, MS, SC and TN, CE Provider #: 50-14089. If you are a PT/PTA in one of these states, CE Broker may be of interest to you.

We recognize that state CE requirements are constantly changing. If you have any questions regarding our courses and your state requirements, please contact us at 866-782-6258 or contact Customer Service.

PhysicalTherapy.com is committed to safeguarding the privacy of everyone who uses our services. In addition to our Privacy Policy, we have a Privacy Notice that further outlines protections of the rights of California residents in accordance with the California Consumer Privacy Act (CCPA).