Please note: This course is also offered in a series of recordings titled "Basic Spanish Grammar and Vocabulary for Physical Therapy Evaluation and Treatment," course 2537.

This is Part II of a course and will introduce physical therapists and assistants to communicating with Spanish-speaking patients. Participants will review grammar and vocabulary from Part I, learn to take a basic medical history in Spanish, and learn the basic components of orthopedic, neurological and pediatric examination and treatment. 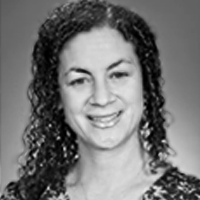 Dr. Pullen is an Assistant Professor at Emory University School of Medicine. Her research
focuses on developing and implementing physiotherapy protocols and interventions for people living with HIV/AIDS, especially in underserved areas. She has wide experience in the provisions of health services to underserved communities both nationally and abroad in Latin America. In 2015, she received the IPT-HOPE Award from the World Congress of Physical Therapy for her work in the field of HIV and physiotherapy.
More

Presenter Disclosure: The presenter received an honorarium for presenting this course.