The OSHA’s Revised Bloodborne Pathogens Standard Course discuses bloodborne pathogens, the seven methods of compliance and OSHA’s Revised Bloodborne Pathogens Standard. Needle stick injuries and occurrences will be reviewed and ways to protect oneself will be discussed. This course educates the learner on transmission of bloodborne pathogens in the work place and how best to protect themselves. US rules, regulations and laws contribute to the foundation of this course. 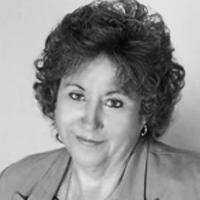 Kathy Moghadas has been providing quality medical management consulting services to individual and group practices as well as hospitals and allied institutions on a national, regional and statewide basis since 1987. As a registered nurse and risk manager, she has advanced certifications in healthcare business, compliance, coding and reimbursement as well as risk management.  Kathy has been working in the healthcare community since 1975. With a solid foundation and working knowledge of the principles of outcome measurements and quality assurance, and with a focus on compliance, internal operations, reimbursement, quality systems design and implementation, Kathy is thoroughly qualified to meet the regulatory compliance needs of her clients.

Kathy Moghadas, principal of the firm Associated Healthcare Advisors Inc., was honored by her community in 1998 to be the recipient of the Small Business Person of the Year Award.  Kathy and her team are licensed and certified professionals who are committed to the pursuit of continuing education to maintain the highest standards of professional growth. Through her education company, TopCat, they have been meeting the professional continuing education needs of licensed professionals throughout the country. To keep abreast of the changing needs of their clients, the professionals at Associated Healthcare Advisors actively participate in national professional organizations, and contribute to national healthcare periodicals and publications.  In June 2005, Kathy’s first book: Medical Practice Policies and Procedures was published by the AMA. In 2008 her book: Tools for An Efficient Medical Practice was published through the AMA.

Kathy was the 2011 president of the National Society of Certified Healthcare Business Consultants, a member of Healthcare Compliance Resources, and the American Academy of Family Practice Consultants Forum. Kathy is a frequent contributor to healthcare industry publications such as Medscape, WebMD, AMA News, Medical Economics and Doctors Forum.

Sponsor Disclosure: This Course is presented by PhysicalTherapy.com.

This course was originally produced by our affiliate company, AudiologyOnline.com

This course is offered for 1.0 hours (Introductory level) by the Illinois Department of Professional Regulation (Sponsor License #216000252).