In order to improve our website, PhysicalTherapy.com will be undergoing scheduled maintenance on 09/29/2020 from 1:00am ET until 2:00am ET. During this period, the site will be unavailable. We apologize for any inconvenience. Questions? Contact Us

Please note: This course is also offered in a series of recordings titled "Series: Hand Anatomy, Transplants and Nerve Transfers", course 1542 which is offered for AOTA/0.3 and NBCOT/3.75.

Recent innovations have made it possible to transfer part of a nerve from one location and move it to another, restoring sensory and motor function before primary nerve regeneration could restore function. This seminar will help the therapist responsible for rehabilitation to understand how recovery occurs and how to establish a treatment plan. 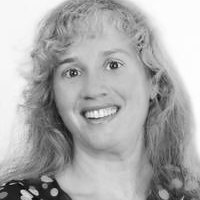 Marie Pace is a 1992 graduate of the Indiana University occupational therapy program in Indianapolis, Indiana.  She earned her master of health science with an emphasis in orthopedics from the University of Indianapolis in 2001.  In 2002, she was awarded the certified hand therapist designation from the HTCC. She has toured the country teaching hand therapy seminars, taught the orthotics fabrication portion of the University of Pittsburgh curriculum, and provided seminars at the AOTA and POTA conferences.

Presenter Disclosure: This presenter received an honorarium for presenting this course.

Login and logout times will be recorded and documented.
Passing an online exam will be required to earn continuing education credit.

To participate in the course, complete the exam, and earn continuing education credit, you must be a PhysicalTherapy.com member. Participants must complete the entire course; partial credit is not allowed.