This course presents evidence for the issues and advantages of gaming in therapy for stroke rehab, and presents a framework to guide clinical decision making in game selection, modification, and progression for games used to address mobility, movement, balance and motor re-learning goals for individuals who have had a stroke. Current research related to gaming in stroke rehabilitation will be reviewed as will cases illustrating the use of the framework to design and advance interventions in various phases of stroke rehab. This course is directly related to the practice of physical therapy and athletic training and therefore appropriate for Physical Therapists, Physical Therapist Assistants and Athletic Trainers. 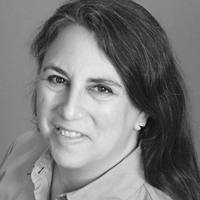 Debbie Espy, PT, PhD received her MSPT from Virginia Commonwealth University in 1992 and her PhD in Human Movement Science from the University of Illinois at Chicago in 2010.  She has practiced in the areas of acute care, neuro rehab and outpatient, and assistive technology before taking a faculty position at Cleveland State University, where she is currently an Assistant Professor in the Physical Therapy Program.  She teaches courses in Professional Issues, Functional Anatomy, Adult Neurological Dysfunction, and Neuro-motor Interventions.  Her research interests are in the areas of motor learning, and postural control and falls.  Her current lines of research are in the use of video gaming as a therapeutic exercise modality; in novel uses of sensor technology in therapeutic exercise; in balance training for fall prevention; and in educational models to enhance DPT education.
More

Presenter Disclosure: The presenter will receive an honorarium to present this course.