The Ergonomic Aspects of Automobile Design and Assessment 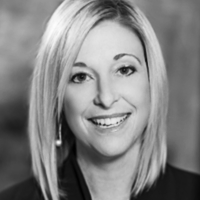 Kelly Ingram-Mitchell holds a Masters degree in Physical Therapy and a Bachelors degree  in Exercise and Sports Medicine. Her experience exceed 20 years in prevention services and injury management.  Kelly previously served as Executive Director of a national therapy provider network and Director of Operations for over 20 plus outpatient therapy centers.

Mrs. Ingram-Mitchell spent many of her industrial years developing and implementing client specific prevention and rehab programs including post offer testing, physical demand analysis, ergonomics, early intervention, and onsite therapy models.  Working overseas enabled her to gain a significant understanding of the national needs related to the industry as well as the similarities and differences there maybe. In 2000, she developed a FCE Certification Program and for years trained her profession. This year she has co-partnered with ISPA for a new comprehensive protocol to include disability and compensation.  Her focus is on research and education allowing market place leverage to best impact client results.

More
Presenter Disclosure: The presenter received an honorarium to present this course