This course series will explore conservative treatment combinations including modalities, Botulinum toxin injections, dynamic and static splinting, and hands-on soft tissue and joint mobilization for patients with soft tissue and joint contractures of the upper extremity. Neurological and orthopedic-caused contractures will be addressed separately. The series consists of three courses: The Shoulder Complex; The Elbow; and The Wrist and Hand. This course is directly related to the practice of physical therapy and is therefore appropriate for the PT and PTA. This course is open captioned. 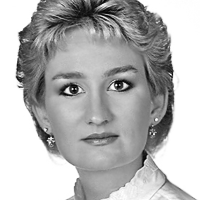 Dr. Ellie Pong practices outpatient occupational therapy and physical therapy in Milton, Florida. She received her Bachelor of Arts degree in Journalism, English and Art from Louisiana College, and her Master of Occupational Therapy and Doctorate of Physical Therapy from the University of St. Augustine for Health Sciences. She served in the US Navy as a Data Systems Technician, and has worked in a number of capacities including newspaper photographer and graphic artist before joining this profession. Dr. Pong is a writer in this profession for textbooks and other projects. Dr. Pong currently specializes in consultation neurological evaluations, treatment of patients with arthrofibrosis, provision of in-office guidance of botulinium injections for patients with hypertonic muscle pathologies, and services during intrathecal Baclofen pump trials. She is participating in a worldwide clinical trial that is testing a new medication on boys with Duchenne's muscular dystrophy as well as a clinical trial testing a new Botox on children with cerebral palsy. She expects to complete a doctorate in Education within the next two years.

Presenter Disclosure: Ellen Pong has received an honorarium for presenting this course material.

Sponsor Disclosure: This course is presented by OccupationalTherapy.com.

continued, LLC, DBA PhysicalTherapy.com, is accredited by the International Association for Continuing Education and Training (IACET). continued complies with the ANSI/IACET Standard, which is recognized internationally as a standard of excellence in instructional practices. As a result of this accreditation, continued is authorized to issue the IACET CEU. continued, LLC, is authorized by IACET to offer 0.1 CEUs for this program.