Assessing Upper Extremity Function and Symptoms: Use of the DASH and the QuickDASH

This webinar will provide an overview of the DASH and the QuickDASH upper extremity assessment and outcome measure tools. The statistical support for the use of these tools will be discussed, as well as their practicality and applicability in a therapy practice. 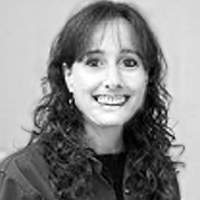 Dr. Dahl-Popolizio brings 20 years of experience practicing as a licensed occupational therapist and board certified hand therapist and upper extremity specialist (CHT).  She has practiced in multiple medical settings (inpatient intensive care, acute care, sub- acute care and intensive rehabilitation), as well as in out-patient and home care settings.  She has created and developed four out-patient hand therapy clinics, spearheading activities such as equipment needs assessment, inventory acquisition and program marketing development. Most recently, Dr. Dahl-Popolizio developed the hand and upper extremity specialty department at a private physical therapy clinic where she practiced.  In addition to her practice, Dr. Dahl-Popolizio is an entrepreneur who has successfully created a unique hands-free, virtual physical therapy program, advancing the practice of therapy with today’s technology.   In her work as an entrepreneur she led a team comprised of therapists, software program developers and administration to develop the product and the patent.  She also completed the trademark application process.   For this venture her team received the prestigious Edson Venture Catalyst Award.  Dr. Dahl-Popolizio received her her Doctorate in Behavioral Health from Arizona State University, her Post-Baccalaureate Certificate in Occupational Therapy from Quinnipiac University, and her Bachelor of Science degree in Physical Education, from California State University San Bernardino.

Presenter Disclosure: Presenter received an honorarium for presenting the course.

This course was originally produced by our affiliate company, OccupationalTherapy.com