We have all heard so much in our lives as physical therapists that it's all about function. We focus on function from the time that we start PT/PTA school and we learn that creating good programs to help with function is absolutely key to helping our patients improve and meet their goals. In fact, if you look at the APTA definition of the Physical Therapist Scope of Practice, you see that word function multiple times.

"Physical therapy is a dynamic profession with an established theoretical and scientific base and widespread clinical applications in the restoration maintenance and promotion of optimal physical function. Physical therapists are healthcare professionals who help individuals maintain, restore, and improve movement, activity, (and", guess what)? functioning, thereby enabling optimal performance and enhancing health, well-being, and quality of life.  Their services prevent, minimize or eliminate impairments of body functions and structures, activity limitations, and participation restrictions" - American Physical Therapy Association

Of course, we know that those goals of enhancing health, well-being, and quality of life is basically why we're all PT practitioners. Understanding function and how to address it are both essential to being good therapists and this is especially important as a component of therapy for older adults, those who are age 65 or more. As we age, some decline in functional abilities is normal but major declines in function can lead to hospitalization, a need for long-term care, and even increased mortality rates. In older age groups, we know that even relatively small improvements in function can have a major impact on the patient's independence, quality of life, and health care utilization. This is just one of the many reasons that functional performance measures are essential elements in the clinical toolbox of every therapist who works with older adults.

Okay, so we agree that understanding and addressing function is really essential to providing good therapy, especially with older adults, but why do we need standardized functional performance measures? Why can't we just measure all those things we learned about in school, range of motion, strength, and so on and work from there? Well, let's take a little closer look at that.

Why Do We Measure Functional Performance?

There are four main reasons. Those reasons include:

The use of standardized tools to assess function is actually a fairly recent innovation in rehabilitation medicine. The first broad-based functional performance measures were not introduced until the last three decades of the 20th century. Before that time therapists had to use observation and subjective assessment to try to determine each pain level of function and then to understand how specific therapy interventions affected that patient's function. Therapy was based mostly on a good understanding of anatomy and physiology combined with a common-sense approach as to what seemed logical for a given situation. This kind of subjective approach was especially difficult with older adults because we know they often have a more complex medical history than younger adults as well as age-related physical changes that directly affect their function. Good therapists during those early eras developed a knack or a sort of intuitive sense of what worked and what didn't in rehabilitating their patients. We also know that common sense and intuition may sometimes be wrong because they are based on limited human understanding within a given social and cultural environment. Just as one example, before the germ theory of disease became accepted in the late 19th century, physicians felt that bad air or unbalanced body humours were what caused illness, which led to all kinds of inappropriate treatments that had seemed perfectly logical to them at the time.

Prior to the mid 20th century, there was very limited scientific or research evidence to support the role of function within therapy assessments, interventions, and outcomes. Therefore there was little standardization in how function was measured. In 1971, the first definition of functional assessment was published by a gerontologist, MP Lawton. He said that functional assessment was "any systematic attempt to objectively measure the level at which a person is functioning in a variety of domains." His article, which is listed in your references also discussed various techniques for assessing the function of elderly individuals in several different areas including physical health, physical self-care, instrumental activities of daily living, mental and psychiatric status, social roles and activities, attitudes, moral and life satisfaction.

He wanted to cover all of the bases. Those first functional performance measures that were created during the 1970s were still very subjective and they didn't have much research supporting them. So for this reasoning, in the early 1980s, most clinicians still thought of functional assessment as an attempt to measure something that really was essentially unmeasurable. Throughout the 1980s and 1990s that finally began to change. Research had been expanding exponentially across all medical disciplines, including therapy. There became a major focus in the rehab world on developing better functional assessment tools. So many of the instruments that we are familiar with now were first introduced during those decades of the late 1980s and the 1990s.

There were several important reasons for this change that I just mentioned to you. Dale Avers describes two of the primary drivers behind the use of performance measures. These were evidence-based practice and globalization, in particular the universal perspective of health. This Universal perspective of health that she mentions is represented in the World Health Organization's 2001 International Classification of Functioning, Disability, and Health.

We are all familiar with that model that we can see in Figure 1. The ICF model is a conceptual framework to understand human disability. It's widely used in both physical therapy and occupational therapy to help structure and support the rehab evaluation process. Instead of focusing solely on physical contributors to a disability, this model began to look at the whole person within their environment. The ICF model looks at the relationships between various domains that include an individual's health condition and any diseases or disorders he or she may have and how that's related to body functions and structures. The individual's ability to complete activities, the person's level of participation in family, work, community, and so on, all of that within the context of environmental and personal factors. 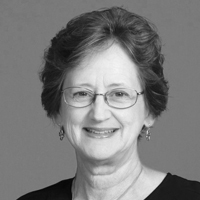 1 https://www.physicaltherapy.com/pt-ceus/course/diabetes-in-adults-current-guidelines-3958 Diabetes in Adults: Current Guidelines and Evidence This course gives us an overview of diabetes in adults, discusses current perspectives and guidelines, and addresses its significance in PT practice. It also looks at some of the current literature that addresses the evidence for risk factors and interventions and to see how they may apply to our practices. This course is directly related to the practice of physical therapy and is therefore appropriate for the PT/PTA. auditory, textual, visual

5 2018
2018 Reviews
See All
AK/2.0; AL/2.0; AR/2.0; AZ/2.0; CA/2.0; CO/2.0; CT/2.0; DC/2.0; DE/2.0; FL/2.0; GA/2.0; HI/2.0; IA/2.0; IACET/0.2; ID/2.0; IL/2.0; IN/2.0; KS/2.0; KY/2.0 Category 2; LA/2.0; MA/2.0; MD/0.2; ME/2.0; MI/2.0; MO/2.0; MS/2.0; MT/2.0; NC/2.0; ND/2.0; NE/2.0; NH/2.0; NJ/2.0; NM/2.0; NY/2.0; OK/2.0; OR/2.0; PA/2.0; RI/2.0; SC/2.0; SD/2.0; TN/2.0; TX/2.0; UT/2.0; VA/2.0; VT/2.0; WA/2.0; WI/2.0; WV/2.0; WY/2.0
View CEUs/Hours Offered
This course gives us an overview of diabetes in adults, discusses current perspectives and guidelines, and addresses its significance in PT practice. It also looks at some of the current literature that addresses the evidence for risk factors and interventions and to see how they may apply to our practices. This course is directly related to the practice of physical therapy and is therefore appropriate for the PT/PTA.
Course Details
2 https://www.physicaltherapy.com/pt-ceus/course/the-science-of-fall-prevention-2825 The Science of Fall Prevention What is the difference between screening and testing? What is the science of imbalance? What are the differences between unsteadiness, imbalance, dizziness, lightheadedness, and vertigo? How do I document to prove my worth, my role, or this patient’s potential? What is the evidence for helping someone improve balance? What is the best method to select the most sensitive and responsive balance test for each patient? What psychological influences could be involved with this person? The answers to these questions and more are in this seminar intended for advanced dizziness management- differential diagnostics and treatment. Expect practical techniques, readily applied to the clinic, incorporating current evidence and revealing future advances in balance and dizziness rehabilitation. This course is directly related to the practice of physical therapy and is therefore appropriate for the PT and PTA. Editor's Note: Regarding Pennsylvania credits, this course is approved by the PA State Board of Physical Therapy for 1 hour of general and 1 hour of Direct Access CE credit. auditory, textual, visual

Editor's Note: Regarding Pennsylvania credits, this course is approved by the PA State Board of Physical Therapy for 1 hour of general and 1 hour of Direct Access CE credit.
Course Details
3 https://www.physicaltherapy.com/pt-ceus/course/vision-assessment-and-rehabilitation-for-4380 Vision Assessment and Rehabilitation for Physical Therapists This course will provide an overview of vision assessment and rehabilitation for physical therapists. Common assessment and rehabilitation techniques that can be used with clinical, particularly neurological, patients will be discussed and demonstrated. This course is directly related to the practice of physical therapy and is therefore appropriate for the PT/PTA. auditory, textual, visual

Electric Stimulation: Bridging the Gap Between the Literature and Clinical Application

Mobile Physical Therapy - What Is It and How Do I Do It?